Kevin McDonnell joined JAMS in 2014. He oversees the finance department and works closely with the JAMS senior management team on financial planning and strategy. Throughout his career, he has been involved in developing and implementing strategy, specifically in matters surrounding financial and operational planning. He has deep experience in financial and management reporting and analytics, as well as private and public company regulatory compliance.

McDonnell has served for nearly 30 years in financial, IT and HR leadership roles, and the past 20 years as a C-level executive. His experience spans multiple industries with companies at various stages of growth. Working with a company’s management team, he has created shareholder value by establishing a long-term plan with operational and financial targets, improving business processes, applying technology to business problems and building excellence within the financial, legal, HR and IT functions.

Most notably, McDonnell held various senior financial roles at Teradata Corporation during its high-growth phase, where the company grew from $3 million to $300 million in revenue and expanded globally into Europe and Asia. In addition, he was the CFO of Digital Insight and took the company public in 1999. Digital Insight grew from approximately $12 million of annual revenue to more than $100 million in three years through acquisitions and organic growth during McDonnell’s tenure. Digital Insight was the #1 fastest-growing company on the Deloitte Fast 50 list for Los Angeles in 2001 and was ultimately sold to Intuit for $1.3 billion. McDonnell has also executed multiple buy-side acquisitions valued at more than $1 billion. 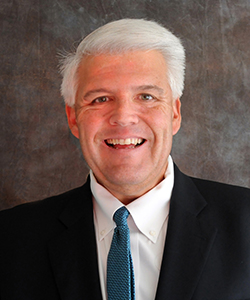 THANK YOU!
Your case information has been submitted and a JAMS professional will respond shortly.
CLOSE THIS WINDOW