The Hon. James Robertson passed away on Saturday, September 7, 2019, at the age of 81. He is survived by his loving wife, Berit; his children, Stephen, Catherine and Peter, their spouses and six grandchildren; and a twin sister, Ellen Wallace.

Judge Robertson joined JAMS in June of 2010 as a mediator and arbitrator and was a highly regarded member of the JAMS Washington, D.C., Resolution Center. He was known for his progressive thinking, fairness, integrity, courage and, most of all, his compassion for others.

Prior to joining JAMS, Judge Robertson served with distinction as a judge for the United States District Court for the District of Columbia for more than 15 years before his retirement on June 1, 2010, presiding over a docket that included a broad range of complex federal civil cases. He served on the Judicial Conference Committee on Information Technology for eight years and was its chair from 2003 through 2005. While an active federal judge, he served on the Foreign Intelligence Surveillance Court.

Judge Robertson was a member of the Board of Governors of the D.C. Bar and was elected president in 1990. In addition to all of his domestic civil rights work, he was also president of the Southern Africa Legal Services and Legal Education Project from 1989 to 1994 and a board member from 1987 to 1997.

Prior to Judge Robertson’s appointment to the federal bench, he was in private law practice for 25 years with Wilmer, Cutler & Pickering. He also served with the Lawyers’ Committee for Civil Rights Under Law as a civil rights litigator in Mississippi; as its national director in Washington, D.C.; and later as its co-chairman. He was a member of the Board of Governors of the D.C. Bar and was elected president in 1990. He was a Fellow of the American College of Trial Lawyers and a member of the American Law Institute.

Judge Robertson was admired by colleagues, attorneys and clients, who will remember him for his sensitivity and passion for the work he so greatly loved. He will be missed by all who knew him and had the pleasure of working alongside him.

“We were deeply saddened to learn of Judge Robertson’s passing. He was a remarkable, well-respected man whose countless contributions to JAMS and the legal community will not be forgotten,” said Chris Poole, JAMS president and CEO. “Our deepest condolences go out to Judge Robertson’s family.” 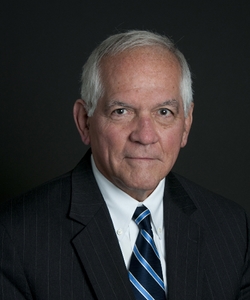