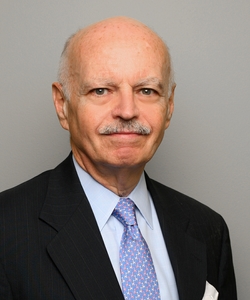 There exists right now a perfect storm of economic, legislative and regulatory conditions that have the potential to profoundly affect the likelihood that mediation will become even more attractive and may assume a larger role in the resolution of cases involving the financial services industry.

One major contributing factor is the Dodd-Frank Wall Street Reform and Consumer Protection Act, which brought into question the continued viability of pre-dispute arbitration agreements. This has increased the probability that securities customer litigation will be filed in the courts. Couple this with other legislative attempts to restrict pre-dispute arbitration agreements, such as FINRA’s recent amendment to Rule 13201 and the Arbitration Fairness Act of 2011, and costly and time-consuming lawsuits are likely to assume a larger role in financial disputes. It remains to be seen what path arbitration reform legislation and regulation will ultimately take.  It is, however, likely that new laws and regulation will affect arbitration practice in meaningful ways.  To the extent this results in a migration of more cases to the courts, it will (a) increase the time from filing to resolution of disputes, (b) increase the cost of litigation as cases become subject to motion practice and increased discovery, and (c) increase the risk of an all-or-nothing resolution as cases are increasingly determined on the basis of legal, rather than equitable, principles.  All of these factors will tend to favor settlement over adjudication.

Given this, it is more true than ever that compromise should not be seen as a dirty word in the financial services industry – especially if this shift in attitude will save money, time and resources. In 2008, the Journal of Empirical Legal Studies published a study that analyzed more than 2,000 California cases in which one party rejected the other’s final settlement demand or offer and proceeded to arbitration or trial.  Ignoring the time, costs and fees associated with further litigation, the authors discovered that plaintiffs actually received an award equal to or less than the defendants’ last offer in 61.2 percent of the cases, with a verdict that was on average $43,100 less than the last offer.  Defendants generally performed better after trial or arbitration, but in the 24.3 percent of cases where they performed worse, they paid on average $1,140 million more than they could have settled for.  The authors validated the result by expanding data from California to New York with consistent results. The study strongly suggests that settlement, while it represents compromise, is often not a decision to accept “half a loaf,” but may be an agreement to accept a whole loaf, or more.

A shift towards mediation does require a corresponding change in tactics on the part of both clients and attorneys. A decision to mediate is an implicit acknowledgment that traditional settlement strategies are not likely to result in a satisfactory settlement.  In 2006, the American Bar Association Section of Dispute Resolution issued the results of a study that addressed issues of quality in mediation.  The study concluded that four issues were important to successful mediation:

Almost nine out of 10 civil cases will be settled rather than tried.  Whether a given case settles in a way both sides perceive as fair has a lot to do with the degree of care brought to structuring the process, as well as the facts and the law involved in the dispute.  Good luck is the handmaiden of hard work, and the outcome of mediation can be substantially affected by the preparation and persistence of the mediator, the parties and their counsel.