Change in Standards for Attorney Fee Awards in Patent Cases

Two recent Supreme Court decisions changed the standards for the award of attorneys’ fees to the prevailing party in patent infringement suits.  Section 285 of the Patent Act provides for the award of fees in “exceptional” cases.  Prior to decisions in Octane Fitness v. Icon Health and Fitness and Highmark Inc. v. Allcare Health Management Systems, Inc., in accordance with Federal Circuit precedent, an exceptional case was one where the District Court found either material inappropriate conduct in the litigation or that the infringement allegation was objectively baseless (so unreasonable that no reasonable litigant could believe it could succeed) and brought in subjective bad faith.  The Federal Circuit rule also required that exceptionality be established by clear and convincing evidence.  The objectively baseless prong was reviewed by the Federal Circuit on appeal de novo.

Under the old standard, attorney fee awards were relatively seldom made, and they varied widely among particular districts.  Between 2003 and 2013, in approximately 2,000 patent cases disposed of on their merits, fee awards were made in approximately 200 cases, or10 percent.  A small majority was awards to plaintiffs, based largely on findings of willful infringement or litigation misconduct by defendants or their counsel.  The awards to defendants were based on findings of inequitable prosecution misconduct, frivolous infringement contentions and/or litigation misconduct by plaintiffs.  A large plurality of the fee awards came from the districts in which the most infringement actions were filed.  Almost half came from the six districts with the heaviest infringement dockets.

In the Octane case, the Supreme Court ruled that the Federal Circuit’s exceptional case test was too rigid.  Instead, it said, “An exceptional case is simply one that stands out from others with respect to the substantive strength of a party’s litigating position (considering both the governing law and the facts of the case) or the unreasonable manner in which the case was litigated.  District courts may determine whether a case is ‘exceptional’ in the case-by-case exercise of their discretion, considering the totality of the circumstances.”  The Supreme Court also rejected the clear and convincing evidence standard for establishing exceptionality, saying that a simple discretionary standard was applicable.  In Highmark, the Supreme Court completed its gutting of the Federal Circuit’s test by saying that the appropriate standard of appellate review of a district court’s exceptional case ruling is “abuse of discretion” and not de novo.

The probable practical effects of this change in exceptionality standards are as follows.  The increased liberality will undoubtedly increase motions for fee awards by the prevailing party in patent cases going to judgment.  This will certainly be the case in those many infringement suits disposed of on summary judgment, where the district court rules for one party as a matter of law, finding that there were no material factual disputes and the law is clear.  It would also appear that more such motions will be granted, since they are left to the judge’s discretion.  All he/she has to find is that the case is outside the norm of other cases litigated before him/her.  However, this creates a potentially serious and perhaps unintended consequence.  District courts with relatively little patent infringement experience may not have a sufficient norm against which to compare the current case.  A frequent refrain from such courts is that patent cases are over-litigated relative to other civil cases, which might lead to fee awards based more on frustration than exceptionality.

To read on about Mr. Amend's insights into these practical effects of this change, please read the full article from Law.com by clicking here. 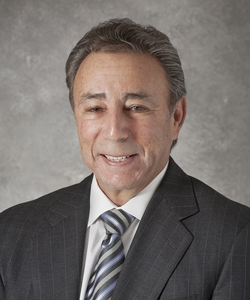