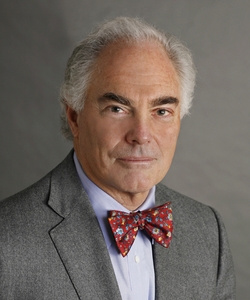 Without a doubt, the words mediators most often hear from counsel are “I won’t bid against myself.”  This phrase is engraved as immutable law in the hearts and minds of virtually all counsel who come to mediation.  By this, they mean that they will not make another negotiating move unless their opponent responds to their last move.  As a general negotiating tactic, it usually makes sense.  Negotiation is a conversation, which should normally be reciprocal.  Neither side gives way without getting something in return from the other side.  But negotiating settlements in complex lawsuits is not the same as buying a rug in a Middle Eastern souq.  Counsel need to be more flexible, more creative and more willing to break “rules” to reach their client’s goal.  And yes, in a few instances, a creative negotiator should bid against herself.  Knowing when and why to do that gives counsel another tool to garner a win in mediation for the client.

The first instance is at the initial offer or demand.  Assume that plaintiff has made a pre-mediation demand of $1.5 million.  Defendant has refused to respond because the demand is so far “out of the ballpark.”  What to do?  By moving off the $1.5-million demand a bit—say to $1.425 million—plaintiff will get the negotiation conversation started, engender some good will in the defense room and demonstrate confidence in its initial number (because it moved only a little).  It will surprise the defense (who of course would never bid against itself) and put plaintiff in control of the early negotiation—all at no cost since the case obviously is never going to settle in the $1.4- to $1.5-million range.  In response, the defense is likely to make a more businesslike, higher offer than it would have made had the mediator insisted that it respond to the $1.5-million demand.

The second instance is when things are stuck after two or three rounds of minuscule, unconstructive tit-for-tat moves.  Plaintiff is telling the mediator it’s time to leave and expressing reluctance to lower its demand.  The defense should consider making another offer—that is, bidding against itself—but should shake things up by throwing in some non-monetary term.  For example, even without any response from plaintiff, the defense might increase its monetary offer by a small amount, but also offer to structure the settlement in a tax-advantageous way for plaintiff.  Or in an employment dispute, the defense might raise its back pay offer a bit but add an offer to pay for outplacement services.  This breaks the cycle of useless mini-moves, increases the “pie” of options available to frame a deal from money alone and again demonstrates confidence.