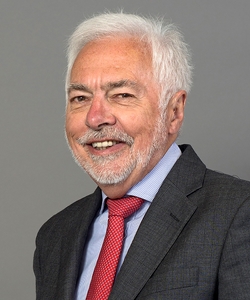 For more than 40 years, resolving European cross-border disputes about patents in one proceeding has been a dream.

Why is this so? Many people, in business, in-house and private practice lawyers around the world and members of the European judiciary, plus civil servants, invested a huge amount of time and thought in producing a pan-European litigation system which had a good chance of working. It would not be suitable for every dispute, but it had excellent prospects of working for many. The reason is that it was a creative and practical blend of the civil law and common law systems which underlie the EU. The national civil law jurisdictions typically have no live witnesses, no cross-examination, no discovery. The national common law systems , or ones like them as in Denmark, have all of those. The genius of the UPC was to introduce fact and expert evidence, cross-examination of witnesses and limited discovery of documents in a targeted way. And to get to trial in 12 months.

A central court would have three divisions: in France, the UK and Germany.  The UK had influence and an ultimate participation in excess of its geographical size: because of its greater experience in forensic litigation which cross-border disputes covering more than 500 million citizens demanded and merited.  The Brexit vote may have put an end to all of this.  The UPC is an EU vehicle. If the UK is out of the EU, it cannot be part of the UPC.

Is there a hope?  There is and this is why:

Options 1 and 2 could take years. In the meantime, and possibly in any event, option 3 deserves serious consideration by parties who want a resolution across Europe, and beyond.

There has now been a further development in this long-running saga. On November 28, 2016, the UK's IP Minister, Baroness Lucy Neville-Rolfe, made a statement to the EU Council's Competitiveness Commission. Before the European unitary patent and the UPC can come into force, 13 EU countries have to ratify the founding Agreement. Of those, France, Germany and the UK must all ratify or the system will not come into operation.

In her statement on November 28, Neville-Rolfe said that the UK is set to ratify the unitary patent and the UPC. However , she did not say when the UK would ratify. Until that happens, the new system will be on hold. In practice it is likely it will be put in the mix with all the other many issues the UK and the EU have to resolve once the negotiations start. Those negotiations will only start once the UK gives notice under Article 50 of the Treaty. Whether or when will depend on the Supreme Court decision expected in January 2017.

While all this is going on, uncertainty continues. For business, this is unsatisfactory. For some parties to patent disputes spread across Europe and indeed beyond, arbitration provides a business solution which may be attractive.

In any event, watch this space!

Richard Price is a panelist with JAMS, based in London. He can be reached at rprice@jamsinternational.com.