The problem of access to and maintenance of the secrecy of contracts or contract terms that are “confidential” by agreement is a common one in litigation.

In California, court documents are presumed to be open. Cal. Rules of Court 2.550 and the California Supreme Court in NBC Subsidiary v Superior Court and Universal Studios v Superior Court manifest a hostile public policy against secrecy in public trials. An agreement to keep a document secret or confidential is insufficient to seal it; there must be an “overriding interest” supporting sealing or court closure, which has been interpreted to mean “a specific showing of serious injury.” It appears that purely commercial interests (other than trade secrets) are insufficient. Given a choice, the party wishing to keep the document secret may decide that the risk of an unsealed filing may not justify public litigation.

While arbitration is often a better solution, it isn’t fool-proof because judicial supervision and enforcement of arbitration is common and would be subject to the NBC-Universal requirements of overriding interest and serious injury.

To avoid these pitfalls, the parties wanting to protect a document may want to steer the proceedings into mediation. California Evidence Code Section 1119 protects from admissibility in any later proceeding "anything said" in the course of mediation and any “writing” that is prepared for or in the course of mediation. The California Supreme Court has stated on several occasions that there is no “good cause” exception to this rule, even where a hardship results. Mediation is an environment where everything prepared to further it is automatically protected by law – but to a point: the mediation privilege does not protect a document that predates the mediation. The problem is to protect the confidential document even though it is otherwise discoverable.

Here are some ideas about how to accomplish this:

Of course, it is the parties who are the best source of ideas to resolve the tension between disclosure and secrecy where confidential documents are involved in a claim. 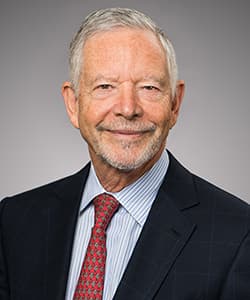