In a joint interview, two of JAMS most skilled insurance neutrals discuss how ADR can play a role in resolving weather- or disaster-related disputes 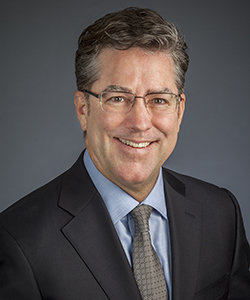 In a joint interview, two of JAMS most skilled insurance neutrals discuss how ADR can play a role in resolving weather- or disaster-related disputes.

Stacy L. La Scala, Esq. is based in southern California and has extensive experience handling insurance-related disputes, both as a neutral and previously as coverage counsel. He has mediated a wide range of matters, including coverage disputes among carriers, bad faith, subrogation, contribution, allocation actions, among others. Lawrence W. Pollack, Esq. is based in New York and serves as a neutral specializing in resolving disputes with policyholder and insurance counsel. He regularly manages disputes with significant claims among multiple parties.

What general role does ADR serve in responding to weather- and disaster-related claims?

La Scala: ADR can be utilized at each phase of the claim process following a disaster. In the first party context, neutrals can provide an early opportunity for the policyholder and carrier to quickly resolve matters involving insurance claim expenses and allocations. In the third-party context, ADR can be used to manage and administer large numbers of disputed claims, providing both claimants and potentially responsible parties with economic and expeditious resolutions.

Pollack: It plays a substantial role because a large majority of claims are typically settled through an ADR process. There are a few levels of ADR, starting with the typical claims settlement process utilized by insurance companies and followed by an internal secondary review set up by insurance companies that looks at the initial review of a claim. Use of outside providers or neutrals is essential because it brings together the claimant’s perspective and the insurer’s. Mediation or arbitration can be used during this stage and results in a large number of resolutions.

What factors about ADR make it particularly useful in responding to and resolving disaster- and weather-related claims more efficiently and effectively?

Pollack: The flexibility of ADR and the use of experts who can value the claim and the breakout of damages make it a particularly useful and cost-effective method of resolving individual claims and the high number of claims that must be resolved following large-scale disasters. In addition, neutrals can use both evaluation and facilitation to convince parties of where resolution could lie and should lie.

Can the availability of ADR serve to delay or hinder the claims process?

LaScala: ADR provides a safe and confidential forum for the parties to discuss the issues. This includes allowing claimants the ability to share their story with decision-makers and for decision-makers to share their view of the issues. In many instances, this results in finding common ground and isolating those differences that need to be resolved.

Are there special ADR programs or processes available to parties involved in disaster- and weather-related claims, such as CATs (Critical Action Teams)?

La Scala: The CAT model for ADR can be used in a number of settings. Following a disaster, neutrals can be used in a “triage” setting to expedite allocated loss adjustment expense (ALAE) and valuation disputes as between claimants and carriers. Should there be a potentially responsible party (say an energy company’s involvement in large fire loss), CAT models can be used to effectively settle large numbers of individual claims in a condensed format.

Is the use of ADR seen as a positive development by those using the process most often and those with only a passing experience?

Pollack: ADR is seen as a very positive development in the industry, especially for large claims. People see that claimants are paid faster and claims are off the books of insurance companies quicker, which reduces their exposure faster. The key factor in maintaining the positive view of ADR in the insurance process is belief in the process and trust in the person leading the process.