Skip to content
JAMS Updated Covid-19 ProtocolsLEARN MORE
HOME JAMS ADR INSIGHTS Bracketing the “Zone”: Getting to the range in which bargaining succeeds in mediation

Bracketing the “Zone”: Getting to the range in which bargaining succeeds in mediation 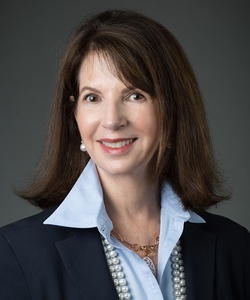 Over the last 10 to 15 years, the term “bracketing” has emerged to summarize the mediation process of negotiating the high and low of the bargaining zone.

For a variety of reasons, some users of mediation services resist the formalized process of negotiating the brackets. Yet, what we now call bracketing has long been implicit in the negotiating process, as “brackets” are created as soon as a demand and an offer are exchanged.  Moreover, a matter will not settle until the parties’ discussions are bracketed within the reasonable settlement range.

One side begins the bargaining discussion with a demand presumably intended to send a message of firm resolve, but which is often unrealistic given the nature of the dispute. The other side responds with an equally unrealistic offer. Both numbers are well outside the range that is likely to lead to constructive bargaining and ultimately to resolution. The parties quickly fall into a pattern of reactive negotiation mirroring small incremental movements leading to an exchange that ends in mutual frustration.

Until the parties find their way to a bargaining zone bracketed by reasonable numbers, resolution remains out of reach.

Each party invariably complains that the other is unreasonable. They have missed the point that the measure of progress is not how far a party has moved from an initial position, but how far it has moved toward a number that realistically has a chance to settle the matter.

As is so often the case, one or both of the parties complains that it is not going to counter at all, because the other’s last number would effectively require the party to “bid against” itself.  At that point the obvious question is: “What number would prompt you to counter?”

By this point, the mediator has usually had facilitative and evaluative conversations with the parties and their representatives, exploring the nature of the claim and defense, the parties’ assumptions and risks, and their needs, interests and priorities. As a result, she or he likely has sufficient information to initiate a discussion about the numerical zone within which constructive bargaining is most likely to occur.

The bracketing discussion might begin with the mediator exploring where the parties see the reasonable negotiating range. “You feel the team in the other room is not negotiating in good faith; what number would suggest to you that the other side is serious about getting to a resolution?” The mediator might then ask one of the parties to propose a bracketed range and then negotiate within that range.

Alternatively, once the mediator has an informed sense of the range in which the parties will likely negotiate productively, he or she may propose a conditional range:  “If the defendant makes a move to Y dollars, would you be prepared to counter with X dollars?” or “Would you (plaintiff) make your next move to X dollars if the defendant would counter with Y dollars?”

In either event, the exercise allows the mediator and the parties to assess more accurately the true distance between the and to re-bracket and refocus the discussion.

The parties are slogging along with small incremental moves that are detached from the realities of the case. The strengths and weaknesses of relative positions and the real interests and priorities of the parties indicate that both parties remain at unrealistic numbers. Both sides have conceded as much, but resist moving because the other side is not moving.

After privately discussing with the parties their thoughts on the reasonable range to resume negotiations, the mediator proposes a conditional bracketed offer in order to reframe the negotiation. “Would you consider moving to $550,000 if the defendant will come up to $150,000”?

Eventually, the parties agree to a bracket of $575,000 and $175,000 and negotiate within that range. While negotiating these brackets, the participants continuously re-evaluate their positions, risks and realities.

Once they have agreed to new brackets, there is more momentum and optimism than before and the matter resolves at $350,000.

There are many factors that influence a mediator’s decisions during the course of mediation, and negotiating the brackets may not be appropriate in a given set of circumstances. Still, it seems to me that the fears attached to this strategy are perhaps over-stated and the skills of the negotiators under-estimated.

Timing is important. One of the reasons mediations take a seemingly long time is the parties’ need to adjust their expectations. They often come into mediation with high hopes for a “win,” which includes a “loss” for the other side. The parties need time to accept the limitations imposed by what the other side can be persuaded to do. The mediation process requires the parties to give up their “day in court.” They have to be convinced that a negotiated outcome is worth that concession. Negotiating the brackets too early may pull the parties back to their initial positions.

Parties have several options when a conditional bracketed offer has been suggested:

Bracketing is part of the process of finding common ground and ultimately a resolution. Agreeing to bracketed numbers does not inevitably lead to “splitting the baby” right down the middle, though it will often end in a resolution that falls into a mid-range between the high and low of the bracket.

Once the brackets are agreed and bargaining is underway, the characteristics of skillful negotiation remain constant. Bargaining within negotiated brackets need not be an inexorable march to the precise middle.  However, positions need to be rationally related to the circumstances with reasonably articulated grounds and expectations need to be managed.

Deborah A. David, Esq. is a JAMS panelist based in Los Angeles. She can be reached at ddavid@jamsadr.com.