Diversity Matters at JAMS: Taking a Closer Look at Empowerment and Equality on International Women's Day

As the chief marketing officer and chair of the JAMS Diversity Committee, I can attest that diversity and inclusion is a priority at JAMS. The legal field is full of incredibly intelligent, dedicated and driven individuals who can affect real progress in the ADR community (providers, users, practitioners) when it comes to giving diversity and inclusion the push and support it warrants.  Diversity is good for business -- it helps to advance firms’ corporate goals, ensures diverse perspectives and strengthen the values that are the bedrock of the legal profession.

I’m proud of the work and progress we’ve made at JAMS. With International Women’s Day upon us, it is timely to highlight the article below, which provides perspectives from a few of our JAMS panelists and executives regarding diversity and inclusion within our organization.

The push to dedicate a special day to women occurred during the early 1900s as part of a broader effort in several Western countries to secure women’s suffrage. Since then, International Women’s Day (March 8) has evolved into a global celebration of women’s social, economic, cultural and political achievements, and a continued call to accelerate gender parity.

Despite this, gender inequity remains a pervasive problem. According to a 2015 article published by McKinsey & Co., “Women continue to lag behind men in economic participation and opportunity by 15 to 25 percent in even the most gender-equal societies.”[1] Worse, the World Economic Forum reported in 2014 that closing this gap could take 81 years.

International Women’s Day serves as an annual reminder to companies to reinvigorate their gender-parity efforts, and while this is a great reminder, JAMS is an organization that promotes equality all year round. Founded in 1979, JAMS provides arbitration and mediation services across the country and around the world. JAMS works to ensure that its panel of mediators and arbitrators, often referred to as neutrals, is as diverse as possible.

Achieving gender parity is a challenge for many organizations, and ADR providers are no exception. While JAMS has long been a leader in promoting diversity and inclusion efforts, its panel includes former members of the judiciary and equity partners in major law firms—positions historically held mostly by men. Even today, although women comprise 50 percent2 of all law school graduates in the United States, they hold only 34 percent3 of all state and federal judgeships. Women represent an even smaller percentage of equity partners in law firms: just 20 percent.

At JAMS, women make up 29 percent of its panel of neutrals—more than any other ADR provider. However, says JAMS Senior Vice President and Chief Legal and Operating Officer Kim Taylor, “We’d like our numbers to be even higher.” To achieve this—and to boost diversity in general—the company recently hired a diversity program manager, making it the first ADR organization to do so. The position is held by Joanne Saint Louis, who worked at a large ADR provider, where she was a member of the diversity committee and was responsible for organizing a number of successful ADR-related diversity events. Saint Louis’ goals at JAMS are to increase gender, age and ethnic diversity on the panel. She will identify target markets and implement the organization’s diversity objectives. Additionally, she will create training programs that will lead to an increase in panel diversity.

JAMS also spearheaded the development of a diversity and inclusion clause for insertion in contracts. “This language urges parties, when choosing an arbitrator or mediator, to consider diversity,” explains Taylor. “There are very qualified and capable female neutrals out there, and we want to make sure the parties are thinking about that.” So far, the diversity and inclusion clause has been effective. “We have seen an increased awareness of the clause, and a strong interest in it,” says Saint Louis.

JAMS is continuously developing and facilitating alternative dispute resolution (ADR) diversity programs. To increase awareness of diversity and inclusion in ADR, JAMS has initiated roundtable discussions and firm presentations. JAMS has also built strong relationships with affinity bar associations and organizations to develop additional training and fellowship opportunities. JAMS is a champion of diversity and is striving to create initiatives and dialogue to move the needle in ADR.  Diversity and inclusion to JAMS is “more than lip service,” says Saint Louis. “Diversity is not just a company goal. It is a mindset that the JAMS senior management team has been incredibly supportive of and committed to.” So far, the company’s diversity efforts have yielded real progress. In the last six months alone, the number of female and ethnically diverse panelists increased by three percentage points. “It’s exciting to see!” she says.

One other contributor to JAMS’ success growing its roster of female neutrals is its inclusive culture—a constant for the company since its early days. “Sometimes when you’re dealing in a man’s world, you’re just treated differently, but that’s never been the case at JAMS,” says Justice Sheila Sonenshine, who joined JAMS as a neutral more than a decade ago. Judge Judy Ryan, who has worked with JAMS for the better part of 30 years, agrees. “Discrimination is not an issue. We have a supportive group of women, and we are supported by our male colleagues, too.” She adds, “JAMS is not a good old boys’ club.”

Both women credit JAMS founder Judge Warren Knight for this culture of inclusivity. “I would bet anything that Warren didn’t sit down and say, ‘We need more women on the panel,’” says Sonenshine. “He just really wanted people who were good mediators and good arbitrators, no matter who they were. That’s just the way he was.” She adds, “He set the tone.”

It’s not just the female neutrals who benefit from JAMS’ diversity efforts. The company’s associates and executive team do, too. “We are very focused on empowering women—not just among our panel, but also within our ranks of associates and executives,” says Taylor. Saint-Louis calculates that women comprise 40 percent of company executives and 72 percent of associates. Moreover, women are regularly promoted from within to key leadership positions. Ryan recalls, “When I started at JAMS, there were several young female associates who are now in executive positions. It’s just part of the culture.” Sonenshine agrees. “There are many women who have been promoted up the ranks,” she says. “I think that says a lot about the company’s attitude toward women.”

“Diversity is such a part of the culture at JAMS,” says Ryan. The company’s recent efforts to improve diversity is really a continuation of existing practices. Put another way, at JAMS, every day is Women’s Day—and has been for much of the company’s history. 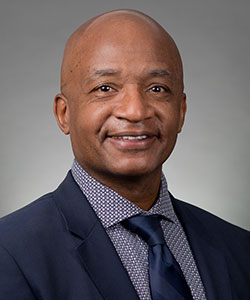