Effective Mediation by Videoconference: A Neutral’s Use of Zoom During the Coronavirus (COVID-19) Crisis 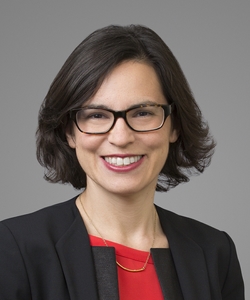 After conducting a very successful mediation via Zoom this week, I wanted to share my experience with you. Zoom is one of the videoconferencing platforms JAMS uses to recreate a multi-room mediation setting. It allows the mediator to communicate jointly with all parties and separately with individual parties.

After speaking with all parties and counsel in a joint session, I placed them in separate virtual "breakout rooms" as I would in an in-person mediation. Once in a breakout room, each party was able to communicate privately and securely with counsel even when they were different locations, which is now often the case. Zoom also has a chat function that allows people in a breakout room to communicate among themselves, while allowing the mediator to communicate with all parties. I was able to move back and forth between the breakout rooms just as I would in an in-person mediation. In addition, I could create multiple breakout rooms and move the participants between the rooms as needed. No need to worry about running out of conference rooms! For example, I created a counsel-only room so that I could speak with counsel from both sides. Finally, the platform allows parties to share their screens so that other parties can view a document or a settlement agreement.

Taking the Time to Get Comfortable With the Technology

While the technology worked well, I found that preparation was critical, especially because none of the parties or their counsel had used Zoom before. I did a test run the day before the mediation. Each participant downloaded the necessary programs and tried using Zoom on his or her own computer in order to make adjustments for lighting and camera angle. I conducted separate test runs for the plaintiff and defendants. I also had counsel for all parties together briefly, and it was a nice opportunity for them to meet each other. On the test run, I went through the process of setting up breakout rooms and navigating between them so the parties were prepared for the experience at the mediation. We also practiced screen sharing so the parties could share documents with each other. I was upfront with the parties at the outset that we needed to be ready for technical issues and the sounds of working from home (dogs and kids), and I encouraged them to be flexible and understanding.

Recognizing the Differences... and the Similarities

Although using Zoom is not the same as being in the same room, it worked very well. In the caucuses, I had the same feeling of communicating with parties and counsel openly and developing a rapport as I would in person. However, because of the slight delay in video communications, it is important to speak slowly and allow time for others to respond. As in any mediation, I had to communicate to the parties which room I was going to be in, when I was going to be in it and who would be present. Because I was controlling the breakout rooms, I didn't want anyone to be surprised when I suddenly appeared on the screen. Unfortunately, it is not possible to “knock on the door.” Although the Zoom chat function works within breakout rooms only, it also has a “Broadcast” function that allows the mediator to communicate with all parties. That said, I found it useful to have the participants’ cell phone numbers as a backup means of communication.

Zoom is easy to use and a fantastic alternative to in-person mediations. I look forward to seeing you in a virtual conference room.

Robin H. Gise, Esq., is an experienced mediator and arbitrator with JAMS based in New York. She specializes in employment, business/commercial, insurance and construction/real estate disputes. She has extensive experience with employment disputes and is well versed in conducting video and telephonic hearings for both mediations and arbitrations. You may reach her at rgise@jamsadr.com.