A video snapshot of JAMS mediator and arbitrator Jackson Lucky 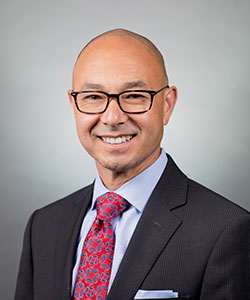 Hon. Jackson Lucky (Ret.) joined JAMS following 13 years as a judge with the Riverside County Superior Court. He presided over thousands of family law and unlimited civil cases during that time. However, his journey to the bench was a bit unconventional.

From the Theater to the Courtroom

Judge Lucky began his journey as a theater student, working behind the scenes. After a conversation with an instructor, a different path began to emerge—one that led him to law school.

After attending law school, Judge Lucky began his career as a litigator in the Riverside County District Attorney’s Office and then served on the bench, where he focused on family law.

While presiding over family law cases, Judge Lucky became very aware of the delays associated with and the cost of litigation. During his time as a supervising judge of family law, he developed a number of alternative dispute resolution (ADR) programs. Eventually, he moved over to civil cases and saw the same dynamics play out there.

“The common threads I found in every experience were that the parties wanted someone to listen to them and they wanted to get closure quickly and efficiently,” says Judge Lucky.

For Judge Lucky, transitioning to ADR was a natural fit.

“Transitioning to ADR has been great. I’ve had a lot of resources to help me make the transition from the bench to private ADR. Also, JAMS’ commitment to diversity, equity and inclusion has made it a very welcoming experience.”

When it comes to ADR, Judge Lucky believes it’s not one size fits all.

The Power of Mentorship

Judge Lucky believes that everyone should seek out mentors. He has had several influential ones over the years.

One of his mentors, Becky Dugan, a retired judge, once told him, “You want to make the best decision possible, but most importantly, you want to make a decision.”

That stuck with him, and it serves as a reminder that what people want most is resolution and closure.

Two other significant mentors in his life were Herb and Linda Williamson, his high school mock trial coaches. Mr. Lucky credits their influence as a crucial factor in deciding to go to law school after his move away from theater.

That mentorship is something he has spent years paying forward by coaching students participating in high school mock trials and developing their debate skills.

“I currently coach at a school that maybe doesn’t have a lot of the resources that other schools do. I’m glad to say we’ve been able to achieve a lot of success in a short period of time, and I think I’ve been able to affect the lives of some students who may not have realized that they have this particular skill.”

When it comes to supporting diversity and inclusion, Judge Lucky feels that ADR professionals must be vocal and visible.

“I think people derive a lot of strength from seeing others who look like them in positions of power and prominence,” he says, “Even though ADR professionals are used to being behind-the-scenes types of workers, I think it’s time for us to step out front.”

A Recipe for Success

Judge Lucky’s recipe for success has always been curiosity, preparation and enthusiasm. These three traits have allowed him to flourish and help many others along the way.