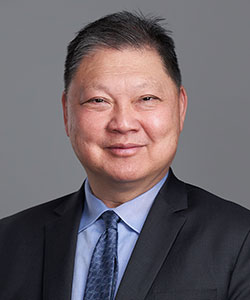 As the son of a Chinese restaurant owner in Seattle and a self-described food fanatic, I was intrigued when a friend suggested that I visit Las Vegas’ Chinatown on a recent trip. Las Vegas has a Chinatown? Expectations were moderate, as I thought I would find a half-dozen older Chinese restaurants and groceries within a two- or three-block radius. When I got to Spring Mountain Road, I was stunned to find not a small Chinatown, but a huge and vibrant international district sprawling over three miles, complete with strip malls (some brand new) packed with a huge variety of restaurants, grocery stores, bakeries, boba shops and other retail establishments from countries all over Asia and the Pacific Islands. I was equally stunned to learn that Las Vegas’ Asian American and Pacific Islander (AAPI) population had increased by 250,000 over the last 10 years.[i] Given the explosive growth of the AAPI population across the U.S. (e.g., 1.9 million in Texas alone[ii]), I should not have been surprised. But as May is AAPI Heritage Month, I wondered how states with new AAPI populations would deal with difficult issues like anti-AAPI violence, the “model minority” myth and data aggregation/disaggregation. And as a longtime AAPI Washington state trial judge who just joined JAMS in February, I wondered what I could tell other neutrals about the complexity and importance of language when dealing with the growing AAPI population.

Although not new, two major issues facing AAPI communities are data disaggregation and anti-AAPI violence. You may be familiar with data disaggregation efforts in your state, which seek to recognize the tremendous diversity and diversity of outcomes within the AAPI community. That May is officially Asian American and Pacific Islander Heritage Month is a subtle but important reminder of this diversity and the power of words.

Viewed in the aggregate, AAPIs are the fastest-growing racial and/or ethnic group in the U.S. The Pew Research Center reports that from 2010 to 2019, the AAPI population in the U.S. increased by 81%, and by 2060, the AAPI population is expected to exceed 35.8 million, triple the number in 2000.[iii] AAPIs have enjoyed tremendous success in all sectors of society. AAPI lawyers constitute the fastest-growing minority lawyer group in the country, with over 50,000 in 2017 compared with only 10,000 in 1990.[iv]

But what seems like success in the aggregate masks the incredible diversity between and within each AAPI subgroup, perpetuating the toxic “model minority” myth that all AAPIs are quiet, well-educated, upwardly mobile, good at math and socially awkward. Not all groups within the incredibly broad definition of AAPI (which includes immigrants from dozens of countries constituting 60% of the world’s population and up to five generations of their descendants) enjoy the same level of educational and financial success and stability, and within each subgroup, outcomes vary widely. According to the American Psychiatric Association, 11.1% of Asian Americans and 15.4% of Pacific Islanders live at or below the poverty level, compared with 9.6% of non-Hispanic whites. Poverty rates vary even more among AAPI subgroups. The poverty rate for Filipino Americans is 6%, compared with 16.2% for Hmong Americans.[v] Higher education levels also vary widely.[vi]

However, numerous common areas of interest and concern also exist, the most pressing of which is anti-AAPI violence. As a young attorney, I was involved with the National Network Against Anti-Asian Violence in the aftermath of Vincent Chin’s 1982 murder. Sadly, the issues that led to violence against the AAPI community remain as vivid and unresolved today as they did then. Even before the pandemic and the fatal shooting of six Asian women in Atlanta in 2021, anti-AAPI violence and harassment were on the rise, but violence is spiking: Reported hate crimes against AAPIs in 16 of the nation’s largest cities shot up 164% in 2021.[vii] In a June 2020 Pew survey, 31% of AAPIs reported being subjects of slurs or jokes since the pandemic began, and 26% feared that someone might threaten or physically attack them because of their race or ethnicity.[viii] Like previous episodes of anti-AAPI violence, the harassment tended to be against all AAPI populations because the harassers did not distinguish between AAPI subgroups. Although I have not yet been physically attacked, I have had several near misses, and when I was working near our courthouse in 2020 and 2021, I was verbally attacked because of my race or ethnicity about twice a week. Unfortunately, my experience is not unusual.

What does this mean for neutrals? Neutrals are already acutely aware of the importance of emotional intelligence in all proceedings, but perhaps nowhere more so than in mediation. We must read our clients and understand their motivations, appreciate diverse perspectives and challenge our assumptions. Our job as neutrals is often not just the cold, businesslike calculation of self-interest and best available alternatives, but understanding where our increasingly diverse client base is coming from and what they are going through. While it won’t always be determinative, we must appreciate the diverse journeys that brought our litigants to us.

If you are new to these issues, AAPI Heritage Month is a perfect time to learn more. Read books by Professor Ellen Wu and others on the “model minority” myth. Review Korematsu v. United States and the Japanese American internment cases, not as a legal history lesson, but a cautionary tale. Discover why Vincent Chin’s 1982 murder still has ramifications to this day. Learn about Angela Oh, Viet Thanh Nguyen, Larry Itliong, Wong Kim Ark, Takuji Yamashita, Patsy Mink, Dalip Singh Saund and Queen Liliʻuokalani. You, and your clients, will benefit in so many ways.