SACRAMENTO – JAMS, the largest private provider of mediation and arbitration services worldwide, today announced the addition of the Hon. Frank C. Damrell (Ret.) to its panel. Judge Damrell will be based in the JAMS Sacramento Resolution Center and serve as an arbitrator, mediator and special master in a variety of disputes including Antitrust, Business/Commercial, Civil Rights, Employment, Environmental, Insurance, Intellectual Property and Securities.

Prior to joining JAMS, Judge Damrell served as a federal judge of the United States District Court in the Eastern District of California. He presided over numerous civil and bench trials and has written a number of opinions and orders in a variety of areas, including environmental, civil rights, employment and intellectual property issues. Judge Damrell has also had extensive experience in the mediation of complex matters in federal court.

During Judge Damrell’s judicial service, he was appointed to numerous national and circuit judicial committees. He has been invited to be a guest speaker at national and state conferences of educators, law schools and bar associations. Prior to Judge Damrell’s appointment in 1997 by President Clinton, he was a Deputy Attorney General for the State of California and a Deputy District Attorney in Stanislaus County.

“Judge Damrell is enthusiastic and a quick study, which helps him to understand the issues of a case inside and out,” said Chris Poole, JAMS president and CEO. “His impressive experience on the bench and working with parties to reach resolution makes him a terrific addition to our panel in Sacramento.”

“During my time as a judge, I learned how essential ADR is to the legal process,” said Judge Damrell. “I look forward to continue doing this important work and joining the talented panel.”

Judge Damrell received his B.A. from University of California, Berkeley and his J.D. from Yale Law School.

Judge Damrell is a nationally recognized advocate for civic education and has been a leader of numerous charitable, educational, political and cultural organizations and activities. He is vice chair of the statewide Board of the Foundation for Democracy and Justice and the Power of Democracy Committee. Both were founded by the California’s Chief Justice, who also serves as an ex-officio member of each. He also founded Operation Protect and Defend, the principal civics education program in the Sacramento area. 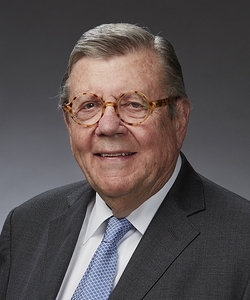