Unintended Consequences of Managing Property and Assets for Older Adults 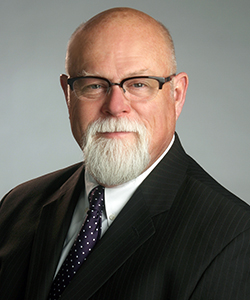 Today’s post comes from one of our Seattle panelists, Commissioner Eric B. Watness (Ret.), who served on the King County Superior Court for more than 16 years and has extensive experience handling and settling family law and probate matters.

How often have you heard someone say: “I’m spending my children’s inheritance?” Two recent cases out of Washington demonstrate that lifetime dispositions of property can unintentionally alter a carefully crafted estate plan.

Joint bank accounts are often created to facilitate financial management, but problematic questions can arise. Was the cosigner added as a tool to facilitate lifetime management or as a means to avoid probate? Or worse, did the new joint owner have a hand in overreaching a vulnerable adult? This is becoming a huge source of probate litigation and is a significant issue for mediators to resolve.

A similar issue arose regarding title to real estate. In the Estate of Borghi, the court was called upon to determine whether a fulfillment deed converted the wife’s separate real estate acquired before marriage into marital community property with her new husband. The deed was issued to “Robert G. and Jeanette L. Borghi, Husband and Wife.” If the real estate was community property, it would pass to the one son of the marriage by intestate succession, but if it was separate property it would pass one half to decedent’s son by a prior marriage. Here two community property presumptions conflicted. One is that property retains its separate property character, dating from the date of acquisition before marriage. Another is that a gift is presumed when title was converted from the wife in her separate capacity to both husband and wife in their marital capacity. The Supreme Court made it clear that the intention of the wife, not the form of title, is the guiding factor. Since there was no evidence of the wife’s intent to create community property, such as a community property agreement or deed to the community, the property retained its separate character.

No matter how carefully estate plans are crafted, lifetime property management can have a significant impact on such schemes. Without clearly stated, provable evidence of intent, the heirs are left to argue over the decedent's true intention. Accordingly, clients must be educated about the unintended consequences of property management and must be advised to keep meticulous records to document their decisions.  Otherwise their carefully laid plans may not come to pass. And, the likelihood of expensive litigation is unnecessarily increased.