Appealing an Arbitration Award: Early Planning and Agreement Are Key 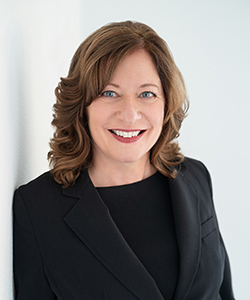 One of the fundamental tenets of arbitration is finality.  Parties who choose arbitration over litigation typically want assurance that when an award has been issued, the matter is concluded.  As a result, the Federal Arbitration Act states that arbitration awards can be vacated only under four very specific circumstances:  (1) if the award is “procured by corruption, fraud or undue means”; (2) if the arbitrator exhibits evident partiality; (3) if the arbitrator is guilty of misconduct in refusing to postpone a hearing or refusing to hear material evidence, or engages in other acts that prejudice either party; or (4) if the arbitrators “exceeded their powers, or so imperfectly executed them that a mutual, final and definite award upon the subject matter submitted was not made” (9 U.S.C. § 10).  Many state statutes are similar.

“Manifest disregard of the law” was long recognized as a means of vacating an arbitration award, if the arbitrator was found to have known of a controlling and well-defined legal principle but failed to follow it when rendering the award.  But that doctrine was called into question in Hall Street Associates, LLC v. Mattel, Inc., in 2008, and several federal courts have held that manifest disregard is no longer a valid basis to vacate an award.  Attempts to expand the scope of judicial review beyond the grounds set forth in the Federal Arbitration Act have generally not been successful, and the Supreme Court (in Hall Street) and other courts have rejected the notion of private parties compelling courts to engage in the arbitration process.  In other words, parties cannot agree to a private arbitration process with the right of a traditional appeal to the court system.

In most cases where parties have submitted a dispute to arbitration, they are content with finality, even if they are at odds with the final outcome.  The certainty afforded by the decision, along with the reduction in time and costs, makes that a sound bargain.  But in some cases where the stakes are high, giving up the right of appellate review can be a daunting proposition for everyone.  Vacating awards under the statutory grounds is rare, and odds are that a final arbitration award will be confirmed by a reviewing court.

With some planning and a carefully worded agreement, parties can realize all the benefits of arbitration (cost and time savings, finality, confidentiality, etc.) while providing for an appellate process.  When drafting such an agreement, consideration should be given to several points, including (1) requiring a reasoned decision by the initial tribunal; (2) defining the issues that can be reviewed on appeal; (3) where the appellate tribunal will be seated; (4) the number and qualifications of the arbitrator(s); (5) the method of appointment of the arbitrators; (6) what constitutes the record on appeal; (7) deadlines; (8) whether there is to be oral argument; and (9) evidentiary standards.

To learn more about arbitration planning, please read the full article from Law.com by clicking here.