Mediating in a Changing Landscape: Whistleblower and Retaliation Claims 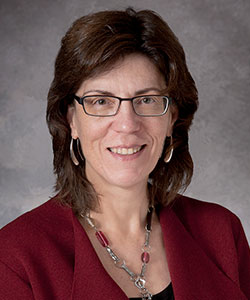 Whistleblower and retaliation claims are on the rise.  Retaliation claims now comprise 41% of the more than 93,000 discrimination charges filed in 2013, according to a February report from the U.S. Equal Employment Opportunity Commission (EEOC).  This is an increase of 28% over 10 years.  At the same time, particularly since the enactment of Dodd-Frank in 2010, the number and types of whistleblower claims alleging corporate misconduct, sometimes coupled with discrimination claims, also has proliferated.  Dodd-Frank gave claimants the ability to go directly to court, bypassing the administrative claims route, and to seek both enhanced recoveries and rewards.  Federal whistleblower law also is shifting, as seen in a series of conflicting lower court rulings and the recent U.S. Supreme Court ruling in Lawson v. FMR LLC.  All of this makes litigating—and mediating—whistleblower retaliation claims a significant challenge.

There has been so much new law that by the time a case gets to mediation, the landscape may have changed again.  This places a premium on updated legal research, awareness of evidence issues and careful consideration of likely future developments.  Both mediators and counsel should be prepared to have a more detailed discussion of the law than might be expected in a discrimination case.

The impact of the Lawson decision, for example, is not yet fully understood, and the decision itself left open many questions.  In its Lawson ruing, the Supreme Court expanded the right to seek whistleblower protection under Sarbanes-Oxley to employees of privately held companies that contract or subcontract with public companies.  In addition, the court held that those private company employees can bring claims against their private employers.  This decision increases not only the number of people who might seek whistleblower protection, but also the uncertainty about what such claims would be worth and how to value them in mediation.  Other issues either not yet addressed by the Supreme Court in Lawson or in dispute among lower courts include (1) the circumstances under which private company employees may have a claim; (2) the scope of activity protected under Sarbanes-Oxley; (3) whether, as the SEC rules assert, internal as well as external claims are covered by Dodd-Frank; and (4), at least in the District Court for the District of Columbia, whether internal investigation documents are always protected by privilege or work product doctrine.

To continue reading on these changes in the legal landscape, please click here to read Ms. Haude's full article from Law.com.