Mediation: Confidentiality and Enforceability of the Process

An essential element of a successful mediation is confidentiality.  Participants to a mediation must be able to rely on the confidentiality of the process if they are going to be candid with the mediator about their settlement positions, pressure points, litigation strategy and other sensitive issues.  This principle is reflected in the Uniform Mediation Act, finalized in 2003 and adopted by 11 states to date, including Washington, Idaho, Utah, South Dakota, Nebraska, Iowa, Illinois, Ohio, New Jersey, Vermont and Hawaii.  According to the Act, “[t]his frank exchange can be achieved only if the participants know that what is said in the mediation will not be used to their detriment through later court proceedings and adjudicatory processes.”

Most ethics guidelines for mediators and some state statutes require that anything said, any writing or any admission made during a mediation is to be kept confidential, and that would include the terms of the settlement.  Standard V of the ABA Model Standards of Conduct for Mediators (Model Standards), adopted in 2005, directs that a mediator must “maintain the confidentiality of all information obtained by the mediator in mediation, unless otherwise agreed to by the parties or required by applicable law.”  JAMS Mediators Ethics Guidelines recognize that “[i]t is crucial that the mediator and all parties have a clear understanding as to confidentiality before the mediation begins…A mediator should not disclose confidential information without permission of all parties or unless required by law, court rule or other legal authority.”

What happens, however, if one party reneges on a settlement agreement and the other party wants to go to court to enforce it?  Or if the parties agree on basic terms of the deal, with details to be worked out later, and discussions break down?  “Settler’s remorse” can set in the day after a particularly emotional or contentious mediation session, leading to claims of coercion or fraud.  Can the parties or their lawyers introduce evidence to support the fact that an agreement was in fact reached?  Can a mediator be compelled to testify about the terms of a settlement agreement?

There is a clear tension between preservation of confidentiality on the one hand and the need on the other hand to introduce some facts about the mediation to enforce the agreement.  The Uniform Mediation Act attempts to reconcile this by not only providing for confidentiality, but also permitting a written agreement signed by all parties to be admitted in a later court proceeding.  Some states, like California, have statutes that provide that if a settlement agreement is signed by the parties during the mediation, it can be admitted in a later court proceeding if the agreement itself provides that it is admissible and that it is enforceable and binding and all parties agree to its disclosure.  The agreement might also be introduced if it is needed to show fraud, duress or illegality.  The Model Standards permit a mediator to “report, if required, whether parties appeared at a scheduled mediation and whether the parties reached resolution.”

For more on Ms. Taylor's discussion on confidentiality and enforceability in mediation, please read the full article from Law.com below. 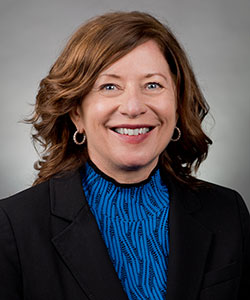