The Evolution of ADR Services for Inbound and Outbound Investment: The Chinese Perspective

The Evolution of ADR Services in China
Mediation has been utilized in China for millennia. With the significant growth in both inbound and outbound foreign direct investment, commercial mediation is emerging as a more formal, codified tool for dispute resolution in cross-border contracts in China. This panel will discuss the changes taking place in the Chinese legal system and how a full range of alternative dispute resolution options can be utilized by local and foreign investors to resolve commercial disputes. These changes will provide options for Chinese companies as well as foreign companies that invest in China.

Chinese Companies and ADR Services Around the World
China's non-financial outbound direct investment (ODI) was over US$183billion (¥1.22 trillion) in 2016, making China the second largest source of investment worldwide. China remained the largest investor in the least developed countries. This unprecedented growth and the diversity in outbound investment, particularly in the developing world, has brought with it legal exposure in a growing variety of jurisdictions. This panel will explore how Chinese companies can leverage alternative dispute resolution tools as a more familiar way to avoid local courts around the world and resolve disputes quickly, efficiently and most importantly, in a way that maintains strong business relationships. 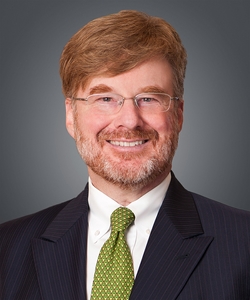 Founded in 1979, JAMS is the largest private provider of alternative dispute resolution services worldwide. JAMS successfully resolves business and legal disputes by providing efficient, cost-effective and impartial ways of overcoming barriers at any stage of conflict. JAMS offers customized, in-person, virtual and hybrid dispute resolution services through a combination of first class client service, the latest technology, top-notch facilities, and highly trained mediators and arbitrators. More information about JAMS is available on our About Us page, and you can connect with us on Twitter, LinkedIn, Facebook as well as our JAMS ADR blog.

EXPLORE MORE ON THESE TOPICS: