San Francisco, CA – JAMS, the largest private provider of mediation and arbitration services in the United States, today announced the addition of Alexander “Lex” Brainerd to its panel. He will be based in the JAMS San Francisco Resolution Center and will focus on resolving a broad range of disputes including patent cases and other intellectual property matters, as well as complex commercial, professional malpractice, and construction matters.

“Mr. Brainerd is widely known for his ability to assess both sides of a dispute and chart a route to resolution,” said Chris Poole, President and CEO of JAMS, The Resolution Experts.  “His experience as lead counsel in over thirty trials, coupled with his success as a neutral in over fifty ADR engagements, including mediations, arbitrations, and special master assignments, make him a highly respected and versatile addition to our panel.”

Mr. Brainerd brings four decades of law practice experience, most recently as a litigation partner with Sonnenschein Nath & Rosenthal LLP, and previously as a partner for nearly 10 years with Heller Ehrman LLP.  Previously, he opened the Northern California office of Quinn Emanuel Urquhart Oliver & Hedges, LLP.  For the great majority of his career from 1968 to 1997, Mr. Brainerd was a partner with Bronson, Bronson & McKinnon LLP, where among other roles he served as a Managing Partner and as Chair of the Commercial Litigation Department.

“I am excited about my new role with JAMS and I look forward to applying my skills and experience to resolve a broad range of disputes including patent cases and other intellectual property matters, as well as complex commercial disputes,” said Mr. Brainerd.

Mr. Brainerd brings to JAMS an in-depth understanding of various types of technology as it relates to intellectual property cases, including biotechnology, medical devices, semiconductors, telephony, broadband DSL, software, computer, and industrial equipment.  He has been recognized as a Northern California Super Lawyer in Intellectual Property Litigation annually since 2005.

Mr. Brainerd’s professional contributions are numerous, including his service as an early neutral evaluator and mediator for the U.S. District Court for the Northern District of California; and as an evaluator for Legal Evaluation Group, a firm providing early neutral evaluation.  He also served on the San Francisco Superior Court Arbitration Committee from 1981-1991, and he is a Fellow of the American College of Trial Lawyers, and a Member of The Fellows of the American Bar Association.  He is a Master of the Intellectual Property Chapter of American Inns of Court, and served on the Executive Committee of the Litigation Section for the Bar Association of San Francisco from 1989-1996.  Mr. Brainerd was also on the Board of Governors for the Association of Business Trial Lawyers of Northern California from 1992-1999, and served as a delegate to the Ninth Circuit Judicial Council from 1992-1995.

Mr. Brainerd received his law degree from Boalt Hall School of Law, University of California, Berkeley in 1968, and his B.A. from Amherst College in 1963. 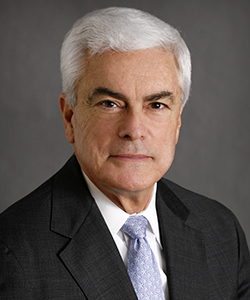