Toronto, Canada – JAMS, the largest private provider of mediation and arbitration services worldwide, today announced the addition of Honourable Konrad von Finckenstein, Q.C. to its panel. Justice von Finckenstein will be based in the JAMS Toronto Resolution Centre and will serve as an arbitrator and mediator in a wide variety of disputes including Business/Commercial, Competition Law, International and Telecommunications.

Prior to joining JAMS, Justice von Finckenstein was Chairman of the Canadian Radio-television and Telecommunications Commission from 2007 until 2012. Before that, he served on the Federal Court of Canada for four years where he rendered more than 200 written judgments in administrative law, intellectual property and human rights. Before appointment to the bench Justice von Finckenstein was Commissioner of Competition for seven years and had to rule on complex issues such as the two attempted mergers by the four largest Canadian banks and the merger of Canada’s two leading airlines. He has been extensively involved in the negotiation and settlement of a wide variety of high-profile disputes since the 1980s.

“Justice von Finckenstein has an excellent reputation for being fair and efficient,” said Chris Poole, JAMS president and CEO. “His experience in the Federal Court in Canada, along with his leadership of the CRTC and the Competition Bureau, where he negotiated and settled numerous disputes, makes him an excellent addition to our Toronto panel.”

“I have always believed that ADR helps parties solve their problems and resolve their disputes in a an expeditious manner,” said Justice von Finckenstein. “I look forward to working at JAMS and alongside its talented panel in Toronto.”

The Toronto Resolution Centre continues the international expansion by JAMS. In 2011, JAMS in the United States and ADR Center in Italy launched JAMS International, which is headquartered in London, to provide mediation and arbitration of cross-border and domestic disputes worldwide. 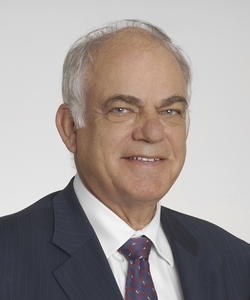