San Francisco – JAMS, the largest private provider of mediation and arbitration services worldwide, today announced the addition of Hon. James Ware (Ret.) to its panel. Most recently Judge Ware served as the chief judge of the Northern District of California and will be based in the JAMS San Francisco Resolution Center. Judge Ware will serve as an arbitrator, mediator and special master in a variety of disputes including Business/Commercial, Civil Rights, Class Action/Mass Tort, Construction, Employment, Environmental, Insurance, Intellectual Property, Professional Liability, Real Property and Securities.

Judge Ware joins JAMS after serving for 24 years as a judge. He served as a United States District Judge on the Northern District of California for 22 years and served as a judge on the Superior Court of California in Santa Clara County. Judge Ware has presided over numerous cases involving patent infringement, securities fraud, antitrust, contract disputes, employment law and various statutory actions. He is the 37th federal judge to join JAMS. The JAMS Federal Panel of retired judges possesses an invaluable body of legal knowledge and skill throughout a variety of Federal law matters.

“Judge Ware believes there are many worthwhile methods of resolving disputes beyond litigation,” said Chris Poole, JAMS president and CEO. “He works with the parties to communicate with and understand one another, successfully navigating them past any obstacle to resolution. We know he will make a great addition to our panel.”

“I subscribed to the value of alternative dispute resolution long ago and utilized it as much as possible while on the bench,” said Judge Ware. “I look forward to using the ADR skills I have developed in my new role at JAMS.”

Judge Ware graduated with his B.A. from California Lutheran University and earned his J.D. from Stanford Law School. Judge Ware has taught case management and dispute resolution practices in numerous legal practice programs, both in the United States and around the world. For more than 20 years he has also taught courses at Bay Area law schools, including Santa Clara Law School and Golden Gate Law School. 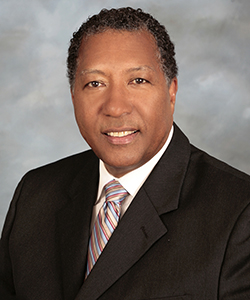