Boston – JAMS, the largest private provider of mediation and arbitration services worldwide, today announced the addition of Hon. John C. Cratsley (Ret.) to its panel. Judge Cratsley will be based in the JAMS Boston Resolution Center. He will serve as an arbitrator, mediator and special master for disputes in a variety of areas including Administrative Law, Business/Commercial, Civil Rights, Class Action/Mass Torts, Construction, Employment, Environmental, Government/Public Agency, Insurance, Personal Injury/Torts, Professional Liability and Real Property.

Judge Cratsley served as an Associate Justice on the Superior Court of the Commonwealth of Massachusetts from 1987 until 2011. In recent years, until his retirement in September 2011, he was Chair of the Superior Court Committee on Alternative Dispute Resolution. From 1999 to 2004, he served as Chair of the Massachusetts Supreme Judicial Court’s Standing Committee on Dispute Resolution.

As a trial judge, Judge Cratsley supported and encouraged the use of various methods of alternative dispute resolution for cases pending in the Suffolk Superior Court. For many years he ran mandatory mediation screening conferences scheduled months before the Final Pre-Trial Conference, emphasizing the mediation process.

“Judge Cratsley is known for being a strong advocate for alternative dispute resolution,” said Chris Poole, JAMS president and CEO. “Additionally, his preparation, thoroughness and capacity for moving even the most complex case to resolution make him an excellent addition to the Boston panel.”

“JAMS offers the best in ADR services and I am excited to continue utilizing my dispute resolution skills in this next step in my professional career,” said Judge Cratsley. “I also look forward to joining some of my former colleagues on the impressive Boston panel.”

Judge Cratsley graduated with his B.A. from Swarthmore College in Pennsylvania and received his J.D. from The University of Chicago Law School. He also earned an LL.M. from Georgetown University Law Center. 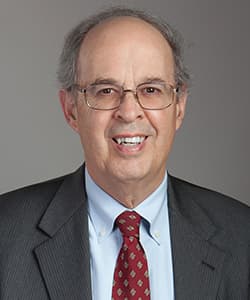