New York – JAMS, the largest private provider of mediation and arbitration services worldwide, today announced the addition of Hon. Bernard J. Fried (Ret.) to its panel. Justice Fried will be based in the JAMS New York Resolution Center. He will serve as an arbitrator, mediator and special master in a variety of disputes including Business/Commercial, Construction, Employment, Insurance, Professional Liability and Real Property.

“Justice Fried is widely regarded for his keen intellect, passion for the law, leadership and dedication to public service,” said Chris Poole, JAMS president and CEO. “His demonstration of the highest level of judiciousness, integrity and compassion make him an excellent addition to our New York panel.”

“It has been a special privilege to have served in the Commercial Division, the first commercial court of its kind, and to have presided over the complex and sophisticated commercial disputes that the Division was created to resolve,” Justice Fried said. “Joining JAMS allows me to continue my dedication to resolving disputes and to employing the skills I’ve developed over the years.”

Justice Fried received the New York Unified Court System’s first Judicial Excellence Lifetime Achievement Award on Law Day in 2012 and was the 2011 recipient of the New York County Lawyers’ Association Justice Louis J. Capozzzoli Gavel Award. He has also served as an Adjunct Professor at Brooklyn Law School for 27 years. In addition to his judicial service, Justice Fried has contributed to a variety of legal education programs, including the New York State Bar Association, New York County Lawyers’ Association, New York City Bar Association and the Federal Bar Council. He also has been a contributor to the International Moot Courts in The Hague and the Asia-Pacific Economic Cooperation Meeting in Singapore.

Justice Fried graduated with his B.S. from Alfred University in New York and received his J.D. from Brooklyn Law School. He was Valedictorian and Editor-in-Chief of the Brooklyn Law Review. He served as a Law Clerk to Charles D. Breitel, who was Associate Judge of the New York Court of Appeals. Justice Fried was also a Senior Fulbright Scholar in Korea. 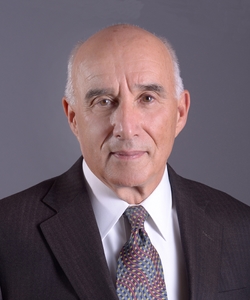