New York – JAMS, the largest private provider of mediation and arbitration services worldwide, today announced the addition of Hon. Theodore H. Katz (Ret.) to its panel. Judge Katz will be based in the JAMS New York Resolution Center. He will serve as an arbitrator, mediator and special master in a variety of disputes including Business/Commercial, Class Action/Mass Torts, Construction, Employment, Entertainment, Financial Markets, Insurance, Intellectual Property, Professional Liability and Securities.

Judge Katz joins JAMS after serving for more than 20 years as a U.S. Magistrate Judge in the Southern District of New York, one of the busiest federal courts in the nation. He was also a member of the ADR Committee of the United States District Court for the Southern District of New York. Throughout his career on the bench, Judge Katz developed a reputation as an extraordinary facilitator of settlements and hosted settlement conferences in more than 2,500 cases.

“Judge Katz is known as a patient, thoughtful and creative settlement judge,” said Chris Poole, JAMS president and CEO. “He works well across both sides of the table, places great emphasis on the individuals and understands the sensitivities behind the business and personal dimensions of the dispute.”

“I look forward to starting the next chapter in my professional journey with the best ADR provider in the world,” said Judge Katz. “I’m also excited to work alongside the high quality panel of neutrals and the superior case management team.” 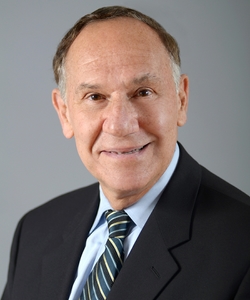