Judge Brown served for 26 years as a U.S. District Judge for the District of New Jersey, the last six as Chief Judge. He led a court-wide effort to provide prompt, efficient justice to civil litigants and implemented new local patent rules. Throughout his tenure on the federal bench, he presided over and resolved some 9,000 civil cases. During this period, he was designated by the Judicial Panel on Multidistrict Litigation to oversee a number of MDL cases, which resulted in many settlements.

Prior to his appointment to the federal judiciary, he served as Chief Counsel to the U.S. Maritime Administration and General Counsel to the U.S. Government Printing Office.While in private practice, he concentrated on federal commercial litigation, including antitrust, employment, construction, environmental, banking, class actions, intellectual property and securities matters.

“Judge Brown is well known for his ability to expeditiously handle and resolve complex cases,” said Chris Poole, JAMS president and CEO. “Additionally, parties know him to be extremely experienced, knowledgeable and well-prepared. We know he will make an excellent addition to our panel.”

“I’m excited by this new opportunity to serve the bar and their clients and to continue promoting prompt and efficient resolution of disputes,” said Judge Brown. “I look forward to joining such a distinguished panel and working with the skilled and efficient case managers.”

Judge Brown graduated with his B.A. from Lafayette College in Pennsylvania and earned his J.D. from Duke University School of Law. He has also taught as an adjunct professor on dispute resolution, federal courts and jurisdiction, maritime and legal negotiation for more than 15 years at Seton Hall University School of Law in New Jersey. 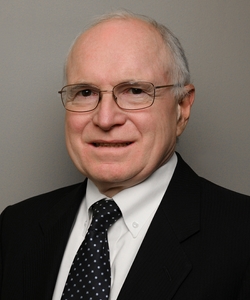