Seattle – JAMS, the largest private provider of mediation and arbitration services worldwide, today announced the addition of Hon. Thomas McPhee (Ret.) to its panel. Judge McPhee will be based in the JAMS Seattle Resolution Center. He will serve as an arbitrator, mediator and special master in a variety of disputes including Class Action/Mass Tort, Construction, Employment, Environmental, Estates/Trusts, Government/Public Agency, Insurance, Personal Injury/Torts and Real Property.

Judge McPhee has more than 40 years of legal experience, including 22 years on the Thurston County Superior Court. He has tried nearly every type of case imaginable, earning a reputation for being one of the hardest working jurists in the region. Judge McPhee personally conducted more than 300 settlement conferences and required ADR in all civil cases assigned to him. He was also the co-author of the Thurston County ADR Rule, mandating all general civil litigation parties go to ADR before coming to court.

Before becoming a judge, Judge McPhee was a trial lawyer in private practice for 20 years trying cases in Federal Court and in nearly every county in western Washington. He also worked for the Washington State Attorney General’s Office.

“Judge McPhee brings his love of the law and an engaged approach to his ADR practice,” said Chris Poole, JAMS president and CEO. “His outstanding reputation and extensive legal knowledge makes him an excellent addition to our panel.”

“I employed ADR in all my cases and recognize its value to resolve cases efficiently and effectively,” said Judge McPhee. “I’m excited to join JAMS and work alongside this impressive panel. Additionally I look forward to utilizing the skills I developed over the years to help parties resolve their disputes.”

Judge McPhee graduated with his B.A. from Washington State University and earned his J.D. from University of Oregon School of Law. 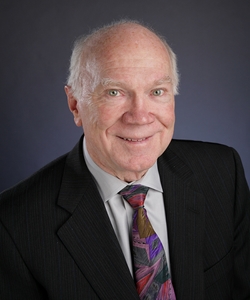