ATLANTA – JAMS is proud to announce that William H. Needle, Esq. will be honored with the 2015 Intellectual Property Legends® Award. On behalf of Georgia State University, the State Bar of Georgia, the Atlanta Bar Association, and the Georgia Institute of Technology, the IP Legends® Award is presented every other year and recognizes individuals who have made significant contributions in the area of intellectual property in the business and legal arenas.

“We’re so proud of Bill and the work he has done in the IP arena to receive such a tremendous honor,” said Chris Poole, JAMS president and CEO.

Mr. Needle is a registered patent attorney who has been exclusively practicing all aspects of Intellectual Property law for more than 44 years. Mr. Needle began his legal career at the first IP boutique firm in Atlanta (Newton, Hopkins & Orsmby) from 1970-1983 when he then founded the IP boutique Needle & Rosenberg which, in 2008, merged into Ballard Spahr LLP. He served as the first Chair of Ballard’s Intellectual Property Department from 2008 – 2012 and currently remains a partner in the firm. 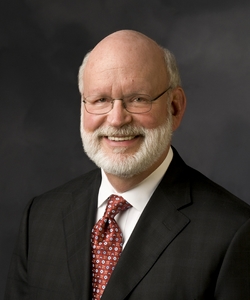