PHILADELPHIA – JAMS, the largest private provider of mediation and arbitration services worldwide, today announced the addition of Gregory P. Miller, Esq. to its panel. Mr. Miller will be based in the JAMS Philadelphia Resolution Center and will serve as a mediator, arbitrator and special master in a variety of disputes including Business/Commercial, Class Action/Mass Tort, Health Care, Insurance and Securities.

Mr. Miller is known for his significant special master experience and was a founding member of the Academy of Court Appointed Masters. He was selected to serve as a Special Discovery Master in the MDL known as the Fen-Phen Litigation. Mr. Miller designed, oversaw and acted as the key decision-maker in all aspects of the Special Master process. He supervised a team of lawyers and paralegals responsible for monitoring the progress of discovery in more than 14,000 cases. Mr. Miller and his staff also supervised an arbitration and mediation process, an escrow account for attorneys’ fees and provided other support as requested by the District Court.

Mr. Miller entered into private practice in 1984 after almost a decade of public service, first as an officer in the United States Navy, Judge Advocate General’s Corp. and later as a federal prosecutor of the United States Attorney’s Office in Philadelphia.

He has represented both plaintiffs and defendants, in local and national matters of great complexity. He is respected for his experience in resolving disputes involving high-profile public matters and entities, including acting as counsel to the Philadelphia Stock Exchange and the Insurance Commissioner of Pennsylvania.

“Greg is widely respected by both sides of the bar,” said Chris Poole, JAMS president and CEO. “His experience managing complex cases and his special master work makes him a terrific addition to our panel. We’re thrilled to have him join us in Philadelphia.”

“I’ve long employed ADR in all my matters and recognize its value to resolve cases efficiently and effectively,” said Mr. Miller. “I enjoy working with parties to find the best resolution possible for both sides and look forward to joining the talented panel in Philadelphia.”

Mr. Miller received his B.A. from Mount Union College and his J.D. from Case Western Reserve University School of Law. 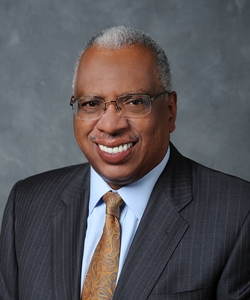