Inland Empire – JAMS, the largest private provider of mediation and arbitration services worldwide, today announced the addition of Hon. Jeffrey King (Ret.) to its panel. Justice King will be based in the JAMS Inland Empire Resolution Center, and available to serve throughout California. He will serve as a mediator, arbitrator and special master in a variety of disputes including Business/Commercial, Eminent Domain, Employment, Insurance, Personal Injury/Torts, Professional Liability and Real Estate.

Justice King served most recently as an associate justice for the Fourth Appellate District, Division Two, of the California Court of Appeal. Prior to his appellate appointment, he was a San Bernardino County Superior Court judge for eight years.

While on the Superior Court bench, Justice King served as a member of the Administrative Committee of the San Bernardino County Coordinated Courts for two years, as well as the Superior Court Appellate Division. He was also assigned the long cause civil calendar for four years, and handled fast track civil and probate calendars, along with the county’s CEQA litigation.

He handled numerous mediations while on the appellate bench and is adept at settling cases on appeal. He excels at controlling the case management process and writes researched and well-reasoned legal opinions.

Justice King was honored as the 2015 Kauffman-Campbell Jurist of the Year.

“Justice King is an experienced jurist with a true passion for the law,” said Chris Poole, JAMS president and CEO. “He comes to JAMS with a deep understanding of the nuances involved in resolving disputes at every stage of litigation and is known for his extensive preparation for each case he handles. We look forward to him joining our panel.”

“I have enjoyed working with parties to resolve their disputes and look forward to joining JAMS and starting this next phase in my professional career,” said Justice King.

Justice King received his B.A. from University of Redlands and his J.D. from McGeorge School of Law. 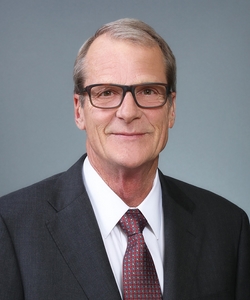