Inland Empire, Calif. – JAMS, the largest private provider of mediation and arbitration services worldwide, today announced the addition of Hon. Joseph R. Brisco (Ret.) to its panel. Judge Brisco will be based in the JAMS Inland Empire Resolution Center. He will serve as a mediator, arbitrator and special master in a variety of disputes including Business/Commercial, Employment, Personal Injury/Torts, Professional Liability and Real Property.

Judge Brisco joined JAMS after serving for 21 years as a judge with the San Bernardino County Superior Court, where he served as Supervising Judge of the Civil Departments and Presiding Judge of the Appellate Division. He has presided over hundreds of jury trials, bench trials and settlement conferences. Most recently, he oversaw the mandatory settlement conference department, serving as a settlement judge. Prior to taking the bench, Judge Brisco spent 14 years as a civil litigator in San Diego, where he also served on the San Diego County Arbitration Panel.

“Judge Brisco is widely respected by both sides of the bar,” said Chris Poole, JAMS president and CEO.  “He is known for his preparation, legal knowledge and the efficient and practical way he resolves disputes and we know he will make a terrific addition to our panel.”

“I look forward to starting the next chapter in my professional career with the very best of ADR providers,” said Judge Brisco. 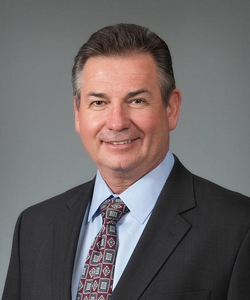