HOUSTON – JAMS, the largest private provider of mediation and arbitration services worldwide, today announced the addition of Hon. Michael H. Schneider, Sr. (Ret.) to its panel. Judge Schneider will be based in the JAMS Texas Resolution Center. He will serve as an arbitrator, mediator and special master in a variety of disputes including Appellate, Business/Commercial, Civil Rights, Employment, Intellectual Property and Personal Injury/Torts.

Judge Schneider served on the United States District Court for the Eastern District of Texas from 2004 until 2016. Before that, he served as a judge of the Supreme Court of Texas for two years.  His judicial career started as a District Judge, 157th District of Harris County, Texas in 1990 until 1996 and served as Chief Justice of the First Court of Appeals, State of Texas from 1996 to 2002.

In addition to his tenure on the bench, Judge Schneider has 20 years of experience in law practice, including six years as General Counsel at Bawden Drilling (purchased by Noble Drilling) and four years as an attorney at Dresser Industries where he was responsible for managing litigation nationwide. He also served as General Solicitor of the Union Pacific Railroad Company, where he acquired significant experience in litigation related to the transportation industry.

“Judge Schneider has a reputation for solid judgment, integrity and keen intelligence,” said Chris Poole, JAMS president and CEO. “He brings a seasoned perspective from both the bench and bar to every resolution he manages. We’re thrilled to have him join us in Texas.”

“I’m excited to continue working with parties to reach a resolution,” said Judge Schneider. “I also look forward to joining the talented panel and case management team in Texas.” 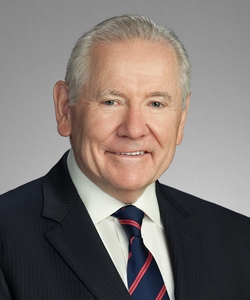