For more than 50 years, Mr. Williams has served as a trial lawyer, a mandatory settlement conference pro tempore, an adjunct professor of law and as a mediator in the Bay Area. Prior to becoming a neutral, he specialized in insurance defense litigation for 30 years and was the founding partner of three law firms. Since becoming a full-time mediator nearly 20 years ago, Mr. Williams has successfully mediated thousands of cases.

Ms. Williams has been resolving disputes for more than 20 years and is highly regarded for her ability to focus on evaluation and settlement, while simultaneously managing the emotions and dynamics that can complicate the settlement process. Her fluency in Spanish has enabled her to conduct mediations with Spanish-speaking clients as well. Previously she worked in a high-tech corporation and in county government before establishing her private mediation practice in 2001.

Jack is known for his tenacity, legal acumen and preparation. Elizabeth has an excellent reputation for cutting to the heart of the matter and building bridges between parties, no matter the complexities or contentiousness involved in those cases. We’re thrilled to have them both join us in Silicon Valley.

I have long believed that ADR can resolve many of the most important matters and look forward to joining the gold standard of ADR providers and starting the next phase in my career.

I’m excited to join JAMS where I can continue doing the important work of helping parties resolve their disputes and work alongside a panel of immensely talented neutrals. 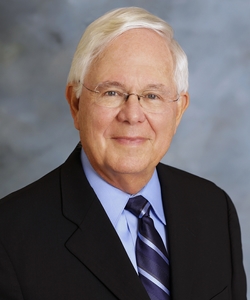