I am humbled to be honored in this way. During my retirement from the federal bench, I am pleased to have the opportunity to continue to serve the public and our nation’s system of justice by helping resolve cases out of court when it is in the best interests of all concerned.

The Order of Lincoln was established to preserve President Abraham Lincoln’s relentless and passionate spirit for public service. Gov. Rauner said the recipients “have positively impacted their communities in numerous ways, and their contributions will leave a lasting impression on Illinois and the world.”

In 2015, Judge Holderman joined JAMS after serving for 30 years on the U.S. District Court in Chicago, presiding as Chief Judge from 2006 to 2013. He expanded the District Court’s Settlement Assistance Program, led initiatives to improve the jury trial system, worked to renovate the Everett M. Dirksen U.S. Courthouse in Chicago and to build the Stanley J. Roszkowski United States Courthouse in Rockford, Ill. He earned the U.S. Department of Justice Award for Distinguished Service and the American Inns Court Award for Professionalism and Ethics. He is a lifelong resident of Illinois, earning his B.S. from the University of Illinois, Champaign-Urbana and his J.D. from the University of Illinois at Urbana-Champaign.

The Order of the Lincoln was founded in 1964. The honor will also be bestowed to Frank M. Clark, who began in the mailroom at ComEd, later serving as CEO, the first African American to hold the role in the public utility’s history; former Chicago Cubs second baseman Ryne “Ryno” Sandberg, who played 15 seasons with the Cubs from 1982-94 and from 1996-97; Samuel Knox Skinner, who served as secretary of transportation and chief of staff under President George H.W. Bush, and others. 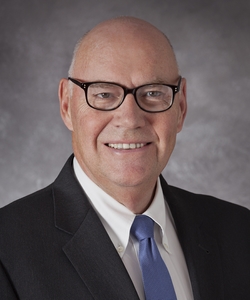