SAN FRANCISCO – JAMS, the largest private provider of mediation and arbitration services worldwide, today announced the addition of Hon. Robert B. Freedman (Ret.) to its panel. Judge Freedman will be based in the San Francisco Resolution Center. He will serve as a mediator, arbitrator and special master to resolve Business/Commercial, Class Action/Mass Tort, Employment, Government/Public Agency, Insurance and Personal Injury matters.

Judge Freedman joins JAMS after more than 21 years on the bench and 27 years of civil litigation. He served as the Supervising Judge/Civil Direct Calendaring and later as the Assistant Presiding Judge during his tenure at the Alameda County Superior Court.  In addition, he presided over cases in the Alameda Superior Court Complex Litigation Department and as Asbestos Case Management Judge. Prior to that, he served on the Oakland-Piedmont-Emeryville Municipal Court.

“Judge Freedman is widely respected for his legal knowledge and wealth of experience,” said Chris Poole, JAMS president and CEO. “We are pleased to have him join our panel.”

“I am looking forward to this next chapter with JAMS,” said Judge Freedman. “I couldn’t have chosen a better place to continue helping parties with the resolution of their disputes.” 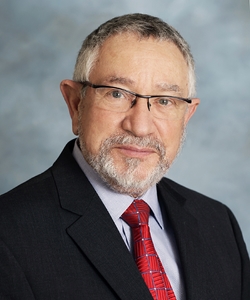