SEATTLE – JAMS, the largest private provider of mediation and arbitration services worldwide, is pleased to announce that Hon. William L. Downing (Ret.) has been honored by The QLaw Association with its President’s Award. Judge Downing received the award in recognition of the 28 years he served as a King County Superior Court Judge.

QLaw, which is the Washington state LGBT bar association, bestowed the award at its annual banquet, held on April 27. In recognizing Judge Downing, the association noted his important 2004 ruling in the marriage equality case Andersen v. Sims (later retitled Andersen v. King County). In that case, which ultimately went to the Washington Supreme Court, Judge Downing found the state’s Defense of Marriage Act (DOMA) law banning same-sex marriages to be unconstitutional. The case was notable, in part, because Judge Downing became the first trial court judge in the nation to find a state DOMA law unconstitutional.

Judge Downing has a well-deserved reputation for being a thoughtful jurist who takes a fair and balanced approach when hearing disputes. We all congratulate him on this well-deserved recognition from the QLaw Association. 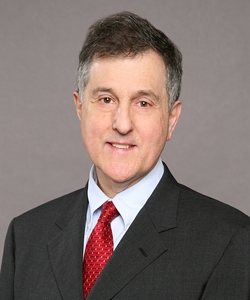