Justice Ruvolo joins JAMS following a distinguished 24-year career as a respected jurist. He served as presiding justice, California First District Court of Appeal, Division Four from 2006-2017 and associate justice, Division Two  from 1996-2006. Prior to that, he served on the Contra Costa Superior Court.

Having served as a justice, a judge, trial attorney and litigator, Justice Ruvolo’s vast experience makes him uniquely qualified as a neutral. We know he will make a great addition to our panel and are thrilled to have him join us.

Justice Ruvolo began his legal career as a trial attorney with the Torts Section of the Civil Division of the U.S. Department of Justice in Washington, D.C., before transitioning to private practice with San Francisco firm Bronson, Bronson & McKinnon. As a trial attorney and litigator, he spent 17 years representing plaintiffs and defendants in a variety of civil matters.

Throughout my career, I developed a passion for helping parties resolve disputes. I look forward to joining the JAMS panel and continuing to do important ADR work.

About JAMS
Founded in 1979, JAMS is the largest private provider of mediation and arbitration services worldwide. With Resolution Centers nationwide and abroad, JAMS and its more than 350 neutrals are responsible for resolving thousands of the world’s important cases. JAMS may be reached at 800-352-5267. 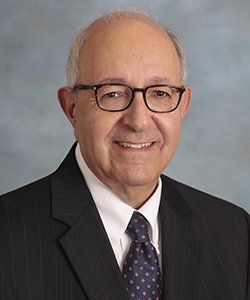