SEATTLE – JAMS, the largest private provider of alternative dispute resolution (ADR) services worldwide, is pleased to announce the addition of Hon. Ronald E. Cox (Ret.) to its panel. Judge Cox joins JAMS after more than 23 years of service on the Washington State Court of Appeals. During his tenure with the court, Judge Cox served as presiding chief judge of the entire court. He also served a separate term as chief judge of Division I of the court, which is headquartered in Seattle.

Judge Cox will be based in the Seattle Resolution Center and serve as a neutral in a wide variety of disputes, including appellate, banking, business/commercial, employment, estate/probate/trusts, government/public agency, insurance, real property and securities.

Judge Cox is a known for his rigorous attention to detail, efficiency and in-depth understanding of the cases he presides over. We are confident that he will make an excellent addition to the JAMS panel in Seattle.

Prior to his time on the bench, Judge Cox was a partner at the firm now known as K&L Gates LLP. He had a commercial litigation practice, representing individuals and companies in a variety of substantive areas of law. During this time, he also served as an arbitrator under the King County Superior Court’s Mandatory Arbitration Rules.

Throughout my career, I developed and refined my skills to help parties resolve disputes, which is something I’m passionate about. I’m looking forward to continuing that journey in my new role as a neutral at JAMS.

Preceding law school, Judge Cox served over four years as a decorated officer in the United States Army. His graduation from the United States Military Academy at West Point, New York, was followed by active duty service. This included a variety of command, staff and instructor assignments in Germany, Vietnam and the U.S.

Judge Cox received his B.S. from the United States Military Academy and earned his J.D. from the University of Washington School of Law.

Founded in 1979, JAMS is the largest private provider of alternative dispute resolution services worldwide. With 27 locations, JAMS and its nearly 400 panelists are responsible for resolving thousands of the world’s important cases every year.

More information is available at www.jamsadr.com and you can connect with us on Twitter and LinkedIn. 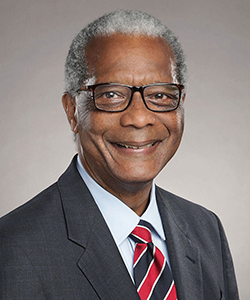