Washington, D.C. – JAMS, the largest private provider of mediation and arbitration services worldwide, today announced the addition of Hon. William G. Connelly (Ret.) to its panel. Judge Connelly will be based in the JAMS Washington, D.C. Resolution Center and serve as an arbitrator, mediator and special master in a variety of disputes including Business/Commercial, Construction, Employment, Insurance, Personal Injury/Torts and Professional Liability.

Judge Connelly joins JAMS after more than 22 years of distinguished service as a Magistrate Judge for the United States District Court of Maryland. During his time on the bench, Judge Connelly presided over more than 1,800 settlement conferences and tried a number of bench and jury trials.

An expert at settlement, Judge Connelly gained a reputation for professionalism, preparation and patience. His use of common sense and demonstrated respect for all involved followed him throughout his career both on the bench and in private practice.

Judge Connelly was often praised for being one of the hardest working judges on the bench who listened carefully to every detail until the matter resolved.

Judge Connelly is highly regarded for his fair, pragmatic and creative approach to each matter. We’re thrilled to have him join us.

I have a passion for helping others find resolution in their important matters and I look forward to starting this next chapter in my career. 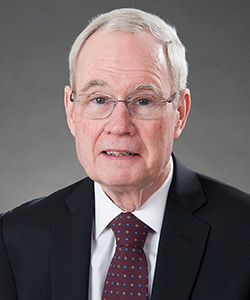