Orange, CA – JAMS, the largest private provider of mediation and arbitration services in the United States, today announced that JAMS neutral Hon. Stephen J. Sundvold (Ret.) is the 2010 recipient of the Legend of an Era Award. Judge Sundvold, who is highly respected for his outstanding mediation and settlement work both while he was on the bench and now in his ADR practice at JAMS, received the award at the 17th Annual West Coast Casualty Construction Defect Seminar on May 13 at the Disneyland Hotel in Anaheim, CA.

“We congratulate Judge Sundvold for receiving this prestigious award and we are certainly proud to have him on the JAMS panel,” said Chris Poole, JAMS President and CEO. “Construction attorneys trust and respect Judge Sundvold and utilize his creative settlement skills to resolve their most difficult disputes.”

“It is a great honor to receive The Legend of an Era Award,” said Judge Sundvold. “West Coast Casualty has always been a highly esteemed organization and I am humbled by the recognition. It is important to spotlight how ADR can positively affect the construction community.”

Judge Sundvold joined JAMS in 2009 after a distinguished 20-year tenure on the Orange County Superior Court, including on the Court’s High Impact Trial (HIT) team and over eight years on the Court’s Complex Civil Panel. He has handled hundreds of complex matters involving construction defect, class action, eminent domain, and complex business litigation matters. While on the Superior Court, Judge Sundvold served as a mediator or participated in settlement conferences almost every day. Numerous trial days have been saved and trips to the appellate courts have been avoided as a result of these efforts. He has earned a reputation for being a fair, hard working, tireless judge, skilled at managing a heavy caseload of complex matters and settling the difficult claims. For Judge Sundvold’s full biography, please click here.

About West Coast Casualty Service, Inc.
West Coast Casualty Service, Inc. is a market leader in the delivery of first class Third Party Administration and independent adjusting needs for insurance companies and self insured organizations. With a strong background and specialization in construction and construction defect related claims, the company prides itself on resolving claims in this specialty area of law and claims. As the official host of the world’s largest Construction Defect Seminar, the company's staff is always on the cutting edge of emerging issues in this specialized area. 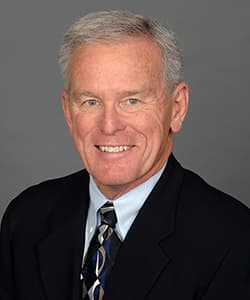