Minneapolis, Minn. – JAMS, the largest private provider of mediation and arbitration services worldwide, today announced the addition of Hon. James M. Rosenbaum (Ret.) to its new resolution center in Minnesota. Judge Rosenbaum served 25 years on the Federal bench as a United States District Court judge for the District of Minnesota and for four years as Minnesota’s United States Attorney. Judge Rosenbaum will specialize as a mediator, arbitrator and discovery master in Minnesota and throughout the country. He will manage disputes ranging from intellectual property and patent matters, complex and class action litigation, domestic and international, securities, civil rights, environmental and employment.

“Judge Rosenbaum has had a long and storied career in the Minnesota legal field and is one of the most respected judges in the nation,” said Chris Poole, JAMS president and CEO. “For 25 years, he has earned a reputation as a fair and tough judge, is renowned for his quick wit, strong writing skills and intellect and we are very excited to have someone of his caliber join our team.”

“It’s been an honor serving on the federal bench for so many years,” said Judge Rosenbaum. “I’m ready to start the next chapter in my professional journey and excited to join JAMS to continue using my dispute resolution skills.”

Judge Rosenbaum oversaw the construction of the Minneapolis federal courthouse, the most technologically advanced courthouse at the time. He served as Chief Judge of the District, represented the Eighth Circuit at the Judicial Conference for eight years and served on the Conference’s Executive Committee. He has also been named to Minnesota Law & Politics’ “The 100 Most Influential Minnesota Lawyers of All Time.”

He graduated with his B.A. and law degree from the University of Minnesota, Minneapolis.

Judge Rosenbaum will be based in the JAMS Minneapolis Resolution Center, which opens on September 7.  Located at 333 S. 7th Street, the new office is based in the Accenture Tower, which is considered one the preeminent locations in downtown Minneapolis. With the opening of this resolution center, JAMS will be able to provide even more clients with outstanding dispute resolution services. 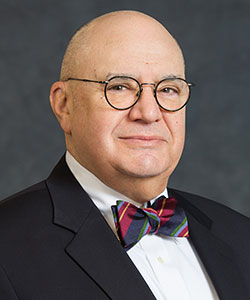