San Francisco – JAMS, the largest private provider of mediation and arbitration services worldwide, today announced the addition of Hon. Wayne D. Brazil (Ret.) to its panel. Judge Brazil will be based in the JAMS San Francisco Resolution Center. He will serve as an arbitrator, mediator and special master for disputes in a variety of areas including Business/Commercial, Civil Rights, Employment, Environmental, Insurance, Intellectual Property and Professional Liability.

Judge Brazil spent 25 years as a magistrate judge in the United States District Court for the Northern District of California. He performed the full range of judicial functions, including presiding over civil and criminal trials, managing the pretrial development of civil cases, hearing substantive and procedural motions and ruling on fee disputes. Judge Brazil also oversaw the design and implementation of the Northern District’s multi-faceted Alternative Dispute Resolution program and served as the Court’s first ADR Magistrate Judge. Additionally, the ABA Dispute Resolution Section and the CPR Institute have honored him with their highest awards.

“Judge Brazil has a national and international reputation as a significant innovator and leader in ADR,” said Chris Poole, JAMS president and CEO. “He is an expert at crafting procedures to meet the needs of any case and we’re excited to have him join our panel.”

“I spent a large part of my career advocating for ADR and utilizing dispute resolution methods,” said Judge Brazil. “I wanted to continue helping parties resolve disputes through ADR after stepping down from the bench. I look forward to joining JAMS and working alongside the best in the field.”

Judge Brazil received a B.A. with great distinction from Stanford University and earned his J.D. from University of California, Berkeley Boalt Hall School of Law, Order of the Coif. He also has a Masters and Ph.D. from Harvard University. 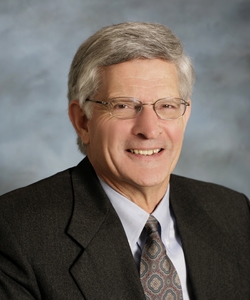