San Jose – JAMS, the largest private provider of mediation and arbitration services worldwide, today announced the addition of Hon. Richard J. McAdams (Ret.) to its panel. Justice McAdams will be based in the JAMS Silicon Valley Resolution Center in San Jose. He will specialize as an arbitrator, mediator and special master for disputes in a variety of areas including Business/Commercial, Elder Law, Environmental, Family Law, Government/Public Entities, Personal Injury and Professional Liability.

Justice McAdams was elevated to the Sixth District Court of Appeal in 2003 and served there for nearly eight years prior to joining JAMS. His 34-year judicial career started in the Municipal Court, where he was appointed on four separate occasions as Presiding Judge. Prior to his election to the Superior Court, Justice McAdams was assigned full-time to the Superior Court family law calendar for four years. Following that, he handled the probate and civil department calendars for an additional five years.

“I have been an advocate of ADR for a long time and always sought to utilize it whenever possible in my proceedings,” said Justice McAdams. “I’m very excited to continue doing ADR work and look forward to joining the outstanding JAMS team in Silicon Valley.”

Justice McAdams graduated with his B.A. from the University of California, Berkeley and received his J.D. from Hastings College of Law. 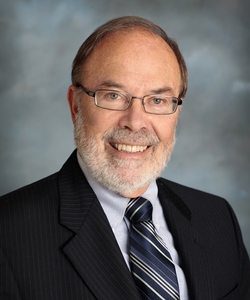