CHICAGO – JAMS, the largest private provider of mediation and arbitration services worldwide, today announced the addition of Hon. Arlander Keys (Ret.) to its panel. Judge Keys will be based in the JAMS Chicago Resolution Center and serve as an arbitrator, mediator and special master in a variety of disputes including Civil Rights, Employment, Insurance, Intellectual Property, Personal Injury/Torts, Professional Liability and Securities.

Judge Keys spent nearly 20 years as a United States Magistrate Judge for the Northern District of Illinois. During his time on the bench, he oversaw pretrial discovery, rulings on motions to compel and motions to quash and conducted more than 2,000 settlement conferences in nearly every area of law. Prior to joining the bench, he served as a labor lawyer with the National Labor Relations Board and as Regional Counsel for the Federal Labor Relations Authority.

“Judge Keys is widely known for his persistence and ability to bring parties together, no matter the complexities or sensitivities involved,” said Chris Poole, JAMS president and CEO. “We’re thrilled to have him join our panel.”

“I believe that ADR typically offers parties better outcomes than litigation,” said Judge Keys. “I’m very happy to continue working with attorneys to help them find the best resolution possible. I look forward to joining the talented panel in Chicago.” 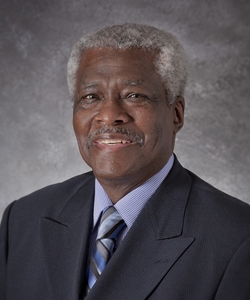