CHICAGO – JAMS, the largest private provider of mediation and arbitration services worldwide, is proud to announce that Hon. Michele F. Lowrance (Ret.) was selected by the American Academy of Matrimonial Lawyers Foundation as this year’s recipient of the prestigious Samuel S. Berger Award. The award will be presented at their annual Gala on April 25.

The Samuel Berger Award is given in honor of the late Judge Samuel S. Berger. The award is given to attorneys and judges who, like Judge Berger, exemplify the highest standards of integrity, courtesy, knowledge of family law and have demonstrated an extraordinary ability to solve human problems.

“We congratulate Judge Lowrance on this well-deserved honor,” said Chris Poole, JAMS president and CEO. “She embodies many of the qualities of Judge Berger and we are so proud she has received this recognition from AAMLF.”

Judge Lowrance has nearly 40 years of experience as a lawyer, judge and sought-after commentator on family law issues in Illinois and nationally. Her approach is wholistic, encompassing the emotional and financial aspects of divorce. Judge Lowrance brings unique problem solving skills to even the most high conflict cases, recognizing that successful breakup or divorce signals a changed relationship more often than simply an ended one. 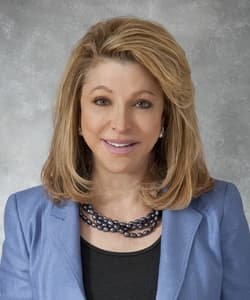