BOSTON – JAMS, the largest private provider of mediation and arbitration services worldwide, today announced the addition of Hon. R. Malcom Graham (Ret.) to its panel. Justice Graham will be based in the JAMS Boston Resolution Center and serve as an arbitrator, mediator and special master in a variety of disputes including Administrative, Business/Commercial, Civil Rights, Construction, Employment, Insurance, Personal Injury/Torts and Real Property.

“Justice Graham has a reputation for careful consideration, quick wit and providing a full and frank assessment of the issues,” said Chris Poole, JAMS president and CEO. “We’re thrilled to have him join our panel in Boston.”

“I believe that ADR plays an important role in the efficient administration of Justice and I utilized it as often as possible while on the bench,” said Justice Graham. “I’m excited to join JAMS and start the next chapter in my professional career.”

Justice Graham received his B.S. from New York University and his J.D. from Boston College School of Law. 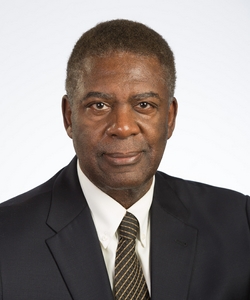