BOSTON – JAMS, the largest private provider of mediation and arbitration services worldwide, today announced the addition of Hon. Bonnie MacLeod (Ret.) to its panel. Judge MacLeod will be based in the JAMS Boston Resolution Center and will serve as a mediator, arbitrator and special master in a variety of disputes including Business/Commercial, Employment, Personal Injury/Torts, Professional Liability and Real Property.

Judge MacLeod joins JAMS after serving on the Massachusetts trial court for 27 years. She first served in the District Court from 1989-2002 and then on the Superior Court from 2002-2016, where she served as a Regional Administrative Justice for civil business in Suffolk County. Prior to her appointment to the bench, Judge MacLeod spent 17 years in the public sector, where she served as the Chief of the Appeals Division in the Middlesex District Attorney's Office and thereafter as First Assistant Bar Counsel and Chief of the Litigation Division in the Office of Bar Counsel.

Over the course of her almost three decades on the bench, Judge MacLeod handled a very broad range of cases. She presided in criminal and civil sessions in Middlesex, Essex and Suffolk counties, spending the last five years in Suffolk County where she served as Regional Administrative Justice for civil business.

“Judge MacLeod is widely respected by both sides of the bar,” said Chris Poole, JAMS president and CEO. “She is well known for her intelligent, insightful and thoughtful case rulings and we are thrilled to have her join us in Boston.”

“I have often used various forms of ADR in all my matters and recognize its value to resolve cases efficiently and effectively,” said Judge MacLeod. “I look forward to joining the talented panel and superior case management team in Boston.”

Judge MacLeod received her B.A. from Regis College and her J.D. from Suffolk University Law School. 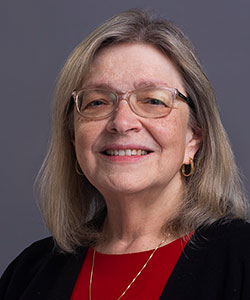