ATLANTA – JAMS, the largest private provider of mediation and arbitration services worldwide, today announced the addition of David M. Zacks, Esq., to its panel.  Mr. Zacks will be based in the Atlanta Resolution Center. He will serve as a mediator, arbitrator and special master to resolve disputes in Health Care, Insurance/Catastrophic Injury, Business/Commercial, Employment, Class Actions, and matters in Native American Law.

Mr. Zacks brings more than 45 years of experience as a trial lawyer and neutral to JAMS.  He is a founding member of the Georgia Academy of Mediators and Arbitrators, was former Chair of the American Cancer Society and is an active board member on various other health care related systems throughout the Southeast.  Mr. Zacks has evaluated, settled and arbitrated numerous complex cases, including multi-party cases and class actions.

We welcome David, along with his unique and varied background in ADR. He is a welcomed addition as we continue to grow our panel in the Southeast region.

I am so happy to be a part of JAMS, as they have built a considerable and reputable name as a premier provider of alternative dispute resolution.

Mr. Zacks served as a captain and certified military judge in the U.S. Army’s Judge Advocate General's Corps (JAGC) from 1967-1971.  He also acted as the principal negotiator, during a critical portion of the litigation, on behalf of a half million Native Americans in a case involving the mismanagement of trust lands and accounts, resulting in a multi-billion dollar settlement. 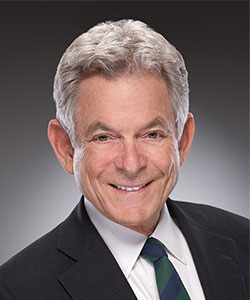