SAN DIEGO – JAMS, the largest private provider of mediation and arbitration services worldwide, today announced the addition of Charles H. Dick, Esq. to its panel. Mr. Dick will be based in the JAMS San Diego Resolution Center and serve as a mediator, arbitrator and special master. His specialties include resolving Antitrust/Competition Law, Business/Commercial, Employment, Personal Injury/Torts, Professional Liability and Securities disputes.

Mr. Dick joins JAMS with more than 25 years of experience as an arbitrator and mediator. For more than a decade, his practice involved service as lead counsel in securities class action lawsuits, which contributed to his reputation as a skilled and leading practitioner in shareholder litigation and corporate governance matters.

Mr. Dick is known for his sound judgment and fair-mindedness. As an arbitrator, he has been described as industrious, intelligent and a quick study. While he works to assists parties to streamline proceedings, he is considerate of counsels’ preferences and believes arbitration works best when the parties have confidence in procedures they have designed.

As a mediator, Mr. Dick’s approach begins with patient listening, and he has been described as both empathetic and perceptive. Though capable of being evaluative, he brings creativity to the process and believes that mediation is most effective when the mediator functions as a facilitator of negotiation by the parties.

Chuck has a reputation for earning the parties’ trust and successfully bridging the divide between the sides. We know he will make a great addition to our panel in San Diego.

I look forward to embarking on this new professional chapter and working alongside the talented roster of neutrals at JAMS. 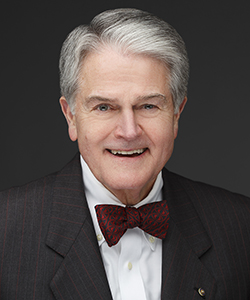