New York – JAMS, the largest private provider of mediation and arbitration services worldwide, today announced the addition of the Hon. Allen Hurkin-Torres (Ret.) to its panel. Justice Hurkin-Torres will be based in the JAMS New York Resolution Center, where he will specialize as a mediator, arbitrator and discovery master for disputes in a variety of areas including personal injury/mass torts, appellate, business/commercial, construction, insurance, professional liability and real property.

Since 2002, Justice Hurkin-Torres served in the Second Judicial District of the Supreme Court in Kings County where he was placed in charge of the entire court's trial-ready inventory of civil cases. One of his primary responsibilities involved resolving cases through mediation and he is credited with settling more than 15,000 civil cases of all case types.

“Justice Hurkin-Torres is known for being well-prepared, knowledgeable and a judge who knows how to move a case toward settlement,” said Chris Poole, JAMS president and CEO. “With the amount of experience and talent he brings, he will be a tremendous addition to the JAMS panel.”

“JAMS is the best in the industry and I’m looking forward to working with the superior case management team, its panel of high quality neutrals and utilizing its top-notch facilities,” said Justice Hurkin-Torres. 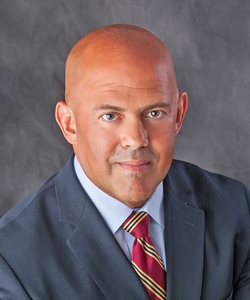